Researchers in the US have developed a new CRISPR method for treating genetic conditions using nickases that they say is safer and more effective. 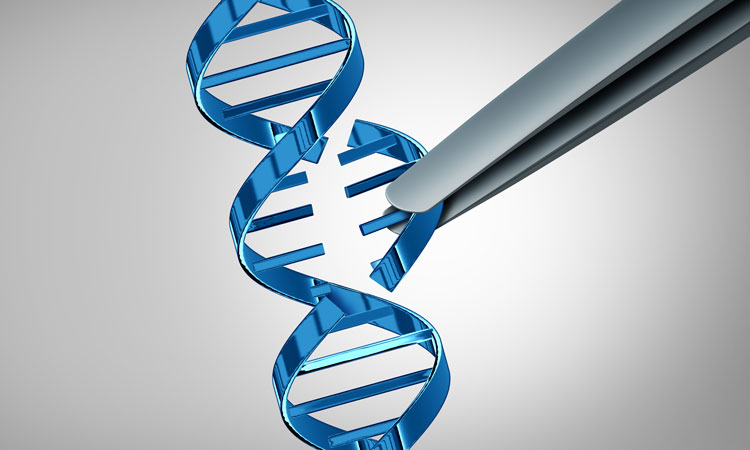 The capability to edit mutations in genetic sequences was a ground-breaking discovery, which over the last decade has enjoyed various applications in both the health and food industries. However, despite CRISPR being a game changing prospect as a therapeutic strategy for tackling debilitating genetic diseases, its success has been tempered by a lack of precision and off-target activity, which can cause unwanted effects.

The results of a study in the US describe a new approach to gene editing that could provide a safer means of such therapy. The team of biologists at the University of California, San Diego discovered how to apply natural DNA repair machinery as the foundation for novel gene therapy strategies to potentially cure a wide spectrum of diseases.

The report describes that they used a Cas9 variant known as a ‘nickase’ to target one strand of a mutated DNA sequence on a chromosome, leaving the body’s natural capabilities to copy the functional non-mutated counterpart on the corresponding chromosome to repair the defect.

When using fruit flies as a model with white eye mutations instead of red, they found the nickases produced high-level restoration of red eye colour (50-70 percent), while traditional dual strand-cutting Cas9 produced a patchy effect, with only 20-30 percent red eye colour restoration.

Commenting on their discovery, Professor Ethan Bier explained: “Another notable advantage of this approach is its simplicity. It relies on very few components and DNA nicks are ‘soft,’ unlike Cas9, which produces full DNA breaks often accompanied by mutations.”

If the frequency of such events could be increased either by promoting interhomolog pairing or by optimising nick-specific repair processes, such strategies could be harnessed to correct numerous dominant or trans-heterozygous disease-causing mutations”.

The full study was published in Science Advances and reported in UC SanDiego.