Researchers have developed a two-step approach using whole exome sequencing to focus on genes and pathways that predict whether cancer patients will respond to immunotherapy. 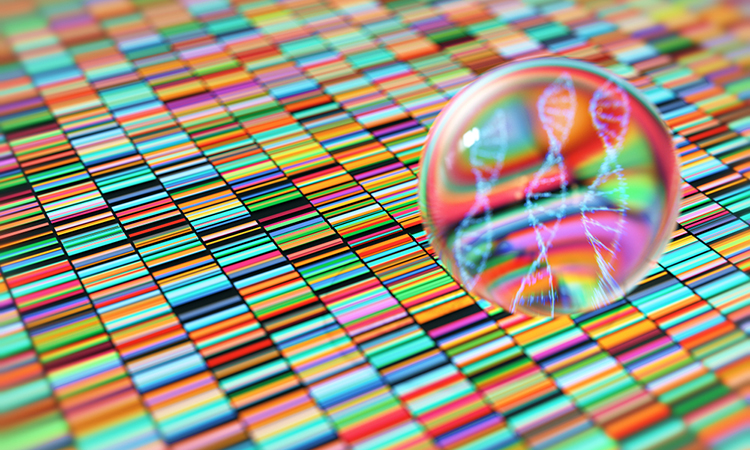 Researchers at New York University, Weill Cornell Medicine, and the New York Genome Center, all US, have recently developed a two-step approach using whole exome sequencing to focus on genes and pathways that predict whether cancer patients will respond to immunotherapy. The study, recently published in Nature Communications, demonstrates how the use of whole exome sequencing can better predict treatment response than current laboratory tests.

Whole exome sequencing is a method for sequencing the part of the genome that codes for proteins to look for mutations that may be involved in disease.

While whole exome sequencing is not widely used in cancer treatment, some recent studies of immunotherapies have started to include sequencing. These studies are small, but together can help illuminate the relationship between genomic factors and how patients respond to immunotherapy.

The researchers combined data from six previous immunotherapy studies of patients with melanoma, lung cancer, bladder cancer, and head and neck cancer. Whole exome sequencing was available for all participants, who were treated with an immune checkpoint inhibitor (either anti-PD-1 or anti-CTLA-4).

But even after combining the six studies, the number of patients—319 in total—was still relatively small. To get around this problem, the researchers turned to a model called fishHook which distinguishes mutations that drive cancer from background mutations, or mutations that occur by chance but are not involved in cancer. The model corrects for a range of factors that affect the rates of background mutations—for instance, adjusting for the size of a gene, since larger genes are more likely to have mutations.

Using this model, the researchers employed a two-step approach: first, they looked at the sequencing from all patients to find any genes with a higher mutational burden than they would expect, adjusting for genomic factors like gene size or whether a particular piece of DNA is a known hotspot that tends to accumulate more mutations. This yielded six genes with suspiciously high mutational burdens.

They then combined the four genes and three pathways with other predictive variables such as age, tumour type, and tumour mutational burden to create a tool they named the Cancer Immunotherapy Response CLassifiEr (CIRCLE). CIRCLE was able to better predict immunotherapy response by approximately 11 percent than tumour mutational burden alone. CIRCLE was also able to accurately predict cancer survival after immunotherapy.

To validate their approach, the researchers tested CIRCLE on data from 165 additional cancer patients with whole exome sequencing who underwent treatment with immunotherapy and found that CIRCLE captured predictive information beyond that obtained from tumour mutational burden alone.

Future research will involve testing CIRCLE on larger cohorts of patient data, as the researchers anticipate that the model will improve with data from thousands of patients rather than hundreds. They also hope that with larger cohorts, they can begin to tease out which patients are likely to respond to different immunotherapies, given the growing number of treatments available.