The study has highlighted an important advance in using graphene for electrokinetic bio-sample processing and analysis. 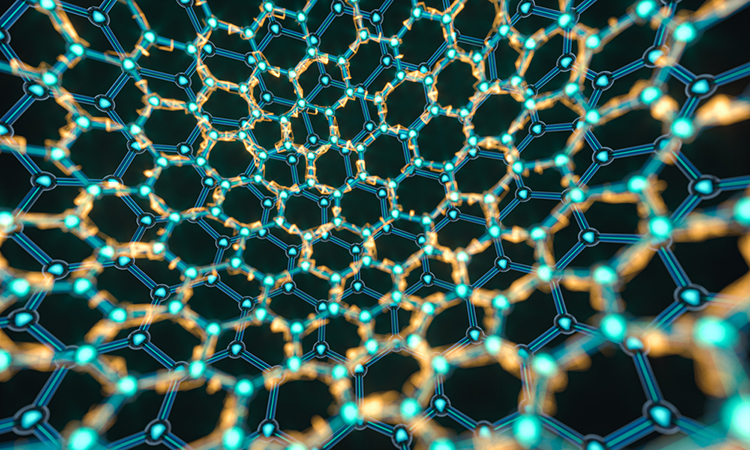 Scientists at the University of Massachusetts Amherst, US have used graphene to overcome a major challenge to isolating and detecting molecules at the same time and the same place in a microdevice. The work, which was recently published in ACSNano, demonstrates an important advance in using graphene for electrokinetic bio-sample processing and analysis and could allow lab-on-a-chip devices to become smaller and achieve results faster.

“We usually first have to isolate them in a complex medium in a device and then send them to another device or another spot in the same device for detection,” explained Assistant Professor Jinglei Ping. “[By using graphene] we can isolate them and detect them at the same microscale spot in a microfluidic device at the same time — no one has ever demonstrated this before.”

“We found that, compared to typical inert-metal microelectrodes, the electrolysis stability for graphene microelectrodes is more than 1,000 times improved, making them ideal for high-performance electrokinetic analysis,” he continued.

Also, Ping added, since monolayer graphene is transparent, “we developed a three-dimensional multi-stream microfluidic strategy to microscopically detect the isolated molecules and calibrate the detection at the same time from a direction normal to the graphene microelectrodes.”

ICYMI: Scientists have created a new imaging technique with graphene which generates clearer pictures of the structures of small molecules.
READ MORE

The new approach developed in the work paves the way to the creation of lab-on-a-chip devices of maximal time and size efficiencies. Also, the approach is not limited to analysing biomolecules and can potentially be used to separate, detect, and stimulate microorganisms such as cells and bacteria.