Researchers analysed the expression of long non-coding RNAs in samples from patients and tumour cell lines, identifying a group of genes with augmented expression in pancreatic cancer. 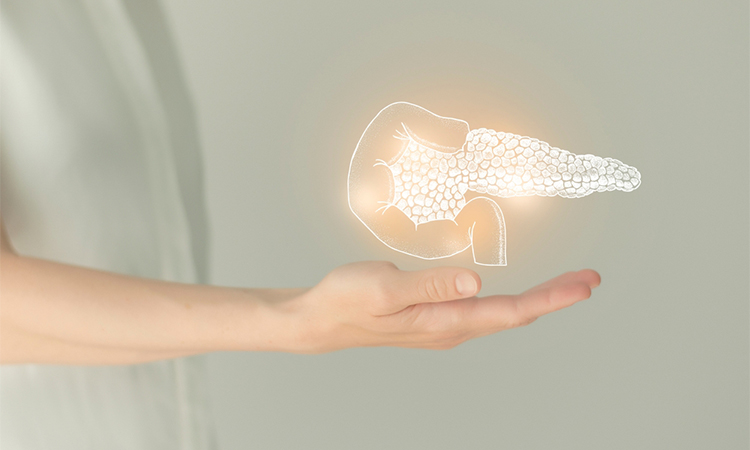 According to a new study supported by the São Paulo Research Foundation (FAPESP), Brazil, long non-coding RNAs (IncRNAs) appear to play a role in pancreatic cancer. The researchers analysed a set of lncRNAs in pancreatic tumour cell lines, using specific tools in the laboratory to manipulate gene expression by the cells. The results, which were recently published in Cellular Oncology, confirmed that the lncRNAs were oncogenic, as expression of the genes favoured tumour formation.

“We found that when the lncRNAs were silenced, characteristics of the tumour cell were reduced, making it less aggressive and malignant because it proliferated, migrated and invaded less, and carried out less DNA repair,” said Professor Eduardo M. Reis.

According to Reis, the results increase scientists’ understanding of pancreatic cancer, which is lethal and hard to treat, although its incidence is lower than that of other types of cancer. “Since the start of research in molecular biology using next-generation sequencing tools to identify new markers, better treatments have been developed for several types of cancer, such as breast, lung and prostate cancer, with a very positive effect on survival rates. Unfortunately, this isn’t the case for pancreatic cancer,” he said.

The next step is to manipulate and silence these lncRNAs using in vivo tumour models, where fragments of tumours from patients are implanted and maintained in mice, with the aim of finding out whether tumour aggressiveness can in fact be reduced in practice.

In parallel, the team are analysing single-cell RNA sequencing databases to obtain the transcriptome (all RNA transcripts) for each of the cells in a tissue sample, instead of analysing the tissue. They also aim to investigate the activity of lncRNAs in the different cell types that make up the tumour microenvironment to understand their functions and possible use as biomarkers.

Besides the specific knowledge gleaned regarding pancreatic cancer, the study contributes a strategy for investigating the action mechanism of non-coding RNAs. Their numbers are known to increase in tumours, and they affect cells when manipulated, but exactly how this happens is unclear. The functions of messenger RNAs can be predicted from the proteins encoded in their sequences, but this is not yet possible for lncRNAs.

To surmount this limitation, the researchers used a bioinformatics approach to analyse the activity of the lncRNAs in the context of a gene co-expression network also comprising protein-encoding genes whose functions are known. Comparing samples of tumour and non-tumour tissue, they concluded that several lncRNAs displayed a similar co-expression pattern to protein-encoding genes with important functions in the context of cancer and that their activity might therefore be the same, or subject to the same regulation.

More specifically, the lncRNA UCA1 was found to be necessary for DNA repair in tumour cells exposed to ionising radiation. In other words, expression of this non-coding RNA appears to help tumors recover from the damage caused by radiation therapy.

According to researchers, the study surveys the possible molecular functions of oncogenic lncRNAs, pointing to avenues for further research on the functions of lncRNAs in pancreatic cancer and development of novel therapies.