A next-generation spatial genomics technology has allowed scientists to link specific genes to complex tumour characteristics at a scale and resolution not previously possible. 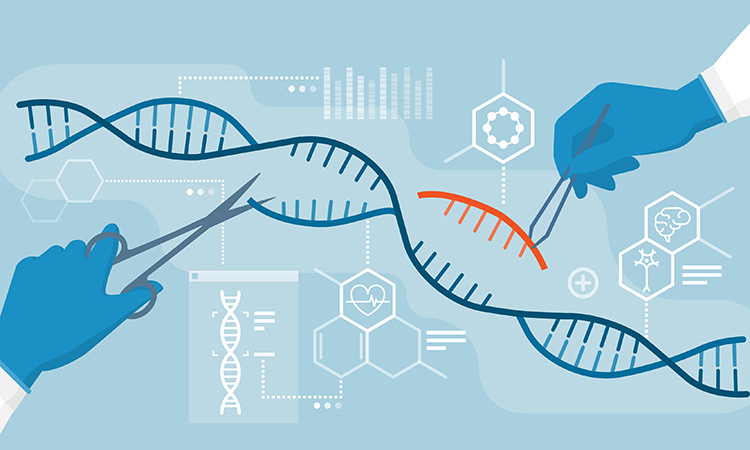 Researchers at Mount Sinai School of Medicine, US have developed a new technology that can allow them to link specific genes to complex tumour characteristics at a scale and resolution not previously possible. The results, which were recently published in Cell, could lead to new advances for targeting anti-cancer drugs.

The technology, called Perturb-map, uses a new genetic barcode system to mark cancer cells with different gene modifications and image the cancer cells, as well as neighbouring non-cancer cells, within the tissue. The researchers were also able to identify specific genes controlling lung tumour growth, immune composition and even response to immunotherapy.

A tumour’s environment has a large effect on patient outcomes – therefore, there is a need to find the genes used by cancers to control their local ecosystem to develop new anti-cancer drugs. However, tumours express hundreds of genes, so finding the ones to target requires a scale of analysis that has been very difficult to achieve in animal models of cancer, which is necessary for representing the full cell ecosystem of a patient’s tumour.

CRISPR has been used for several years to delete genes in cancer cells and study their function. Advances in DNA sequencing technology have made it possible to use thousands of CRISPRs at once so that every gene in the genome can be studied. However, these CRISPR genetic screens have only been able to identify genes and functions that operate within the cancer cells themselves. This has left many critical questions unanswered by genetic screens, such as how cancer cells alter the recruitment and activation of immune cells in the tumour, a key factor in patient response to immunotherapy.

Using Perturb-map, the scientists hit on two key pathways that had profound effects on tumour growth as well as tumour architecture and immune cell recruitment. One pathway was controlled by the cytokine interferon gamma (IFNg) and the other by the tumour growth factor beta receptor (TGFbR). They found that when the TGFbR2 gene or a gene coding for SOCS1, a regulator of IFNg, were deleted from the cancer cells, the lung tumours became larger and more abundant.

Although loss of either gene has a similar effect on tumour growth, imaging of the tumours, which was made possible by the Perturb-map platform, revealed that the SOCS1 tumours were highly infiltrated by T cells, while the TGFbR tumours excluded T cells. Even when SOCS1 and TGFbR tumours were in direct contact, the former remained infiltrated and the latter excluded. This is an important finding, as patients whose tumours contain fewer immune cells respond worse to immunotherapy drugs.

“Perturb-map is allowing us to identify the specific genes that control a tumour’s environment at a scale that was not possible before. This includes making it possible to find the genes that are responsible for recruiting or reprogramming cells that prevent the immune system from eliminating tumours. It is remarkable,” said Dr Miriam Merad, a co-author of the study and the Director of PrIISM. “This is going to greatly enhance our ability to find new targets for better cancer therapies and that is important for our patients.”