Scientists have made a breakthrough in how malaria parasites divide and transmit the disease, a major step forward in preventing one of the biggest killer infections in the world. 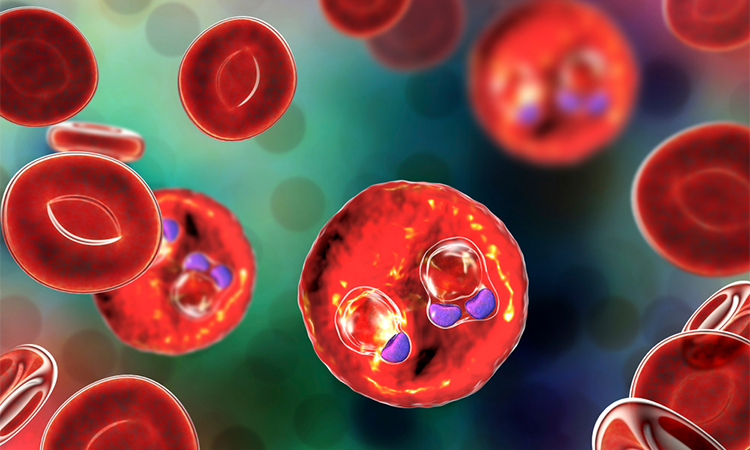 In their latest study, researchers from the University of Nottingham, UK, have uncovered the crucial role of a group of motor proteins called kinesins during the malaria parasite life cycle. The research, which was recently published in PLOS Biology, has shown the significance of kinesins in basic cellular processes needed for malaria parasite development, multiplication, and invasion, most importantly within the mosquitoes that transmit the parasite.

Kinesins are molecular motor proteins that use energy from the hydrolysis of adenosine triphosphate (ATP – a universal store of energy in all cells), and function in various cellular processes. They are involved in transport, cell division, cell polarity and cell motility.

This latest study showed that of the nine kinesins present in the parasite genome, eight are required for the various functions of cell proliferation to cell movement in the mosquito host which was very surprising.

The researchers have studied the location and function of all kinesins in live parasite cells at various stages of development, both in the mosquitoes which transmit the disease, and in the host where it causes disease. These proteins are important potential drug targets, hence the importance of this study in the search for new intervention targets.

Dr Mohammed Zeeshan, who is the first author of the paper, said: “This is a comprehensive study on parasite molecular motors. It was very challenging to capture the dynamics of these proteins in live parasite cells within mosquitoes. Most importantly, we could study the formation of the male gamete (sperm), which involves a rapid multiplication process that completes within 10-12 min after the female mosquito has ingested blood from an infected host. Multiple kinesins are involved in efficient production of male gametes and deletion of kinesin genes halts parasite transmission, a discovery that can be explored further for drug discovery.

“In addition, we found one motor protein, kinesin-13, which is essential for parasite multiplication in all stages of the life cycle.”