Researchers in Japan have succeeded in inhibiting cancer cell growth using pyrrolizidine alkaloid, a component of plant origin previously thought to be too toxic to administer. 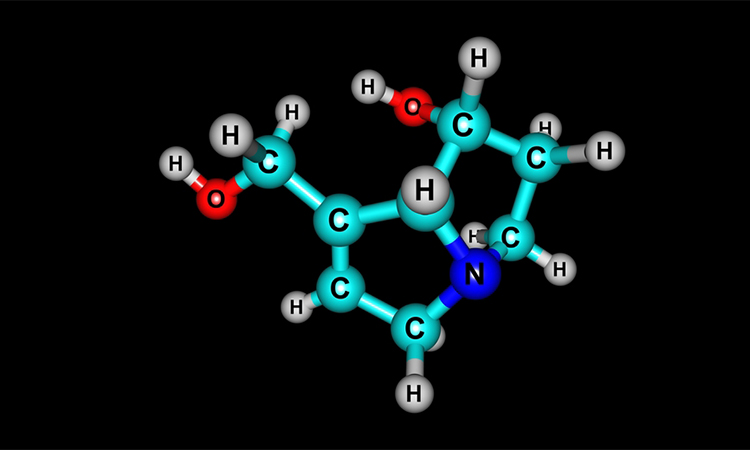 Researchers at Nagoya University, Tokyo Institute of Technology and RIKEN, all Japan, investigated the possibility of inhibiting cancer cell proliferation without toxicity. The researchers administered a molecular precursor of pyrrolizidine alkaloid with a different structure. Then, they converted it to the active body containing the pyrrole structure near cancer cells to minimise damage. Their findings were published in the Angewandte Chemie International Edition.

Pyrrolizidine alkaloids are found in about 6,000 plant species, including the daisy and bean families. In plants, they protect plants from predators; however, in humans, they have antibacterial and antitumour properties, making them useful for herbal medicine. Early studies reported pyrrolizidine alkaloids could kill cancer cells, but the research was abandoned because they also caused liver damage.

“The problem of being toxic to the liver is inseparable from the mechanism of activity of pyrrolizidine alkaloids,” lead author Professor Satoshi Yokoshima explained. “Pyrrolizidine alkaloids only show toxicity when metabolised in the body and converted to their ‘active form’ containing the pyrrole structure. The active form damages the cancer cell’s DNA, preventing it from reproducing, but it also makes them harmful to nucleic acids and proteins in the liver.”

“In this experiment, we designed a new compound with a different structure as a precursor to the active form. Since it did not harm the body, we introduced it and then converted it to the active form using a gold catalyst in the presence of cancer.”

The team confirmed the conversion to the active form containing the pyrrole structure. This was evidence of ‘on-site synthesis’, which means the active form was created near cancer cells to limit damage to the body. They also confirmed remarkable growth inhibition of the targeted cancer cells.

“Pyrrolizidine alkaloids are toxic to the liver, but this method can avoid toxicity,” concluded Professor Yokoshima. “If we can apply this in vivo, it could be a new method of cancer treatment. We hope that other potential anticancer treatments that were discontinued because of toxicity problems can be tested again as potential treatments using the on-site synthesis method. I hope this method will offer insights others can use to make their own drugs.”