In pre-clinical studies, the University of Florida has identified two drugs that reverse ADM, a process that precedes pancreatic cancer. 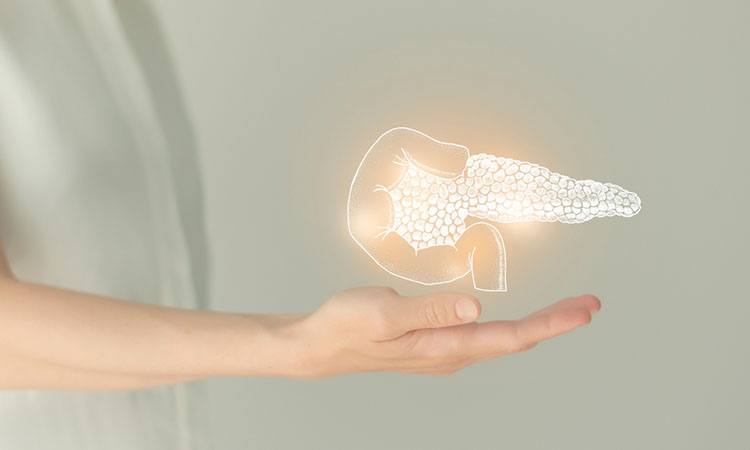 Pancreatic cancer has no known symptoms and can progress undetected, spreading to other organs. In a study published in the journal Cell Death Discovery, the researchers have now found a potential way to reverse a key cellular process involved in its progression.

ADM often occurs when inflammation is present. It is a defence mechanism that stops the pancreas making too many digestive enzymes and destroying itself.

During ADM stable, enzyme-making acinar cells turn into protective ductal cells that line the pancreatic duct. If certain genes mutate during the transition, the cells can become precancerous, eventually developing into cancer.

The scientists built a laboratory model that used animal cells with pancreatic cancer and tissue from a healthy human. They introduced the cells to two compounds — one of which was developed by Dr Chenglong Li the Nicholas Bodor Professor in Drug Discovery in the UF College of Pharmacy. The ductal cells responded by changing back to acinar cells.

Pancreatic cancer could then be prevented when acinar cells are maintained in their natural state.

Dr Tom Schmittgen the study’s senior author, commented: “To our knowledge, this is the first time researchers have been able to pharmacologically reverse ADM… with these compounds, we could potentially treat a pancreatic cancer patient at an earlier stage of the disease and hopefully improve the treatment options available.”

Schmittgen hopes this discovery will encourage scientists to think about new ways to treat pancreatic cancer by manipulating ADM. Future research will involve testing other compounds, which may prove to be more effective, as new treatments are sought out for a disease with very few treatment options.

“This research may lead to developing treatments for patients who are at a high risk for pancreatic cancer development,” said Schmittgen.