The study highlights that a monoclonal antibody that targets heroin is effective in blocking the psychoactive and lethal effects of drug abuse in mice. 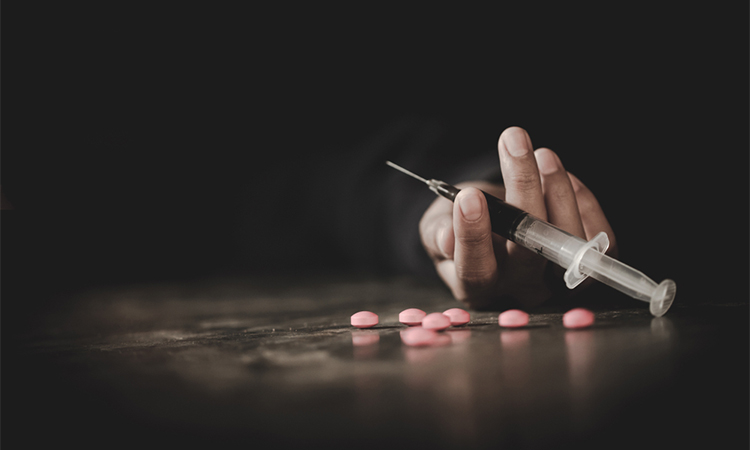 Researchers from Scripps Research, US, have found a monoclonal antibody that targets heroin is effective in blocking the psychoactive and lethal effects of this drug of abuse in mice, offering a new strategy for heroin addiction and overdose treatment. The findings were recently reported in ACS Central Science.

The researchers isolated several distinct variants of antibodies that bind tightly to heroin and its major metabolites. They found that one of these monoclonal antibodies was remarkably effective at blocking heroin’s painkilling effect, as well as its effect in slowing breathing and heart rate—the cause of overdose deaths.

The results also suggested that heroin itself is the best target for such therapies, whereas researchers in the past have targeted heroin’s two major metabolites, morphine and 6-acetylmorphine.

The use of monoclonal antibodies is often called a “passive” vaccine strategy. Active vaccines against heroin, which use immune-stimulating proteins that mimic heroin or its metabolites to elicit the patient’s own antibodies, have so far not been effective enough for clinical trials.

“Our findings suggest that a monoclonal antibody-based therapy will be more effective than a vaccine and should be targeted to heroin itself rather than its psychoactive metabolites,” said senior author Dr Kim Janda.

The US Center for Disease Control and Prevention (CDC) has estimated that there were roughly 108,000 drug overdose deaths in the US in 2021, a jump of nearly 15 percent from 2020’s figure. The great majority of these deaths involved opioids such as heroin and fentanyl. Current treatments, which include the small-molecule drug naloxone, are far from being completely effective, and heroin-use relapse after treatment is common.

In the new study, the team inoculated mice with their proprietary heroin-mimicking molecule that can elicit antibody responses to heroin, 6-acetylmorphine and morphine. This allowed them to select four distinct antibody clones for their superior abilities in binding heroin or one of the metabolites—and they found that one clearly outperformed the rest. This antibody, 11D12, could not only block heroin’s painkilling effects, but also protected mice from an otherwise lethal heroin overdose—and could do so with a very high degree of potency, comparable to what would be needed in human clinical use. 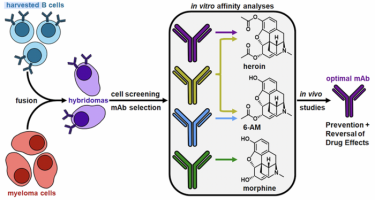 Janda and his team isolated a series of unique antibodies that were able to distinguish between heroin and its major psychoactive metabolites. After selecting four antibodies for their superior binding abilities, the researchers found that one clearly outperformed the rest in reversing heroin’s nociceptive and lethal effects
[Credit: Scripps Research].

A single dose of 11D12 also circulated and remained active in mice for weeks, whereas traditional drug treatments typically disappear from the body within hours. That greater persistence can give antibody treatments a substantial advantage when patient compliance is an issue, as it generally is in treating addiction.

The researchers say it was unexpected that 11D12 would work so well, since unlike the other three antibodies the team evaluated, it has its highest binding affinity for the heroin molecule itself. Scientists for decades have believed that morphine and 6-acetylmorphine—into which heroin is rapidly converted by enzymes in the blood—were the better targets.

“The focus on the metabolites basically misguided the field—our report will reset research in a direction where successful clinical trials should now be achievable,” said Janda.

The team now hope to advance their monoclonal antibody approach against heroin by creating, and then testing, a human-antibody version of the mouse antibody 11D12.

The team also has been developing, in parallel with their anti-heroin efforts, a human monoclonal antibody that neutralises the synthetic opioids fentanyl, carfentanil and closely related compounds. This antibody has been manufactured in a biopharma manufacturing facility and is now poised for clinical trials.

Scripps Research, US Center for Disease Control and Prevention (CDC)