An experimental HIV vaccine, delivered as increasing doses over several days, led to long-lasting and diverse antibody production in monkeys. 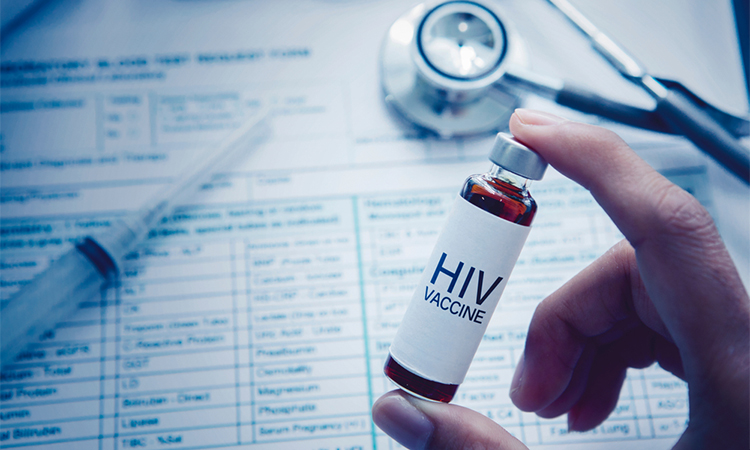 A new study by researchers from La Jolla Institute for Immunology, US, found that an experimental vaccine improves immune response to HIV. Their findings, which were recently published in Nature, found that increasing the doses over several days lead to long-lasting and diverse antibody production in monkeys.

The body’s immune system has many elaborate processes to help fight disease-causing microbes. Some immune cells can form temporary antibody-producing factories called germinal centres within lymph nodes. Germinal centres are protected spaces where B cells, which produce antibodies, can mature, multiply, and continuously evolve. This process improves their ability to make more effective and diverse antibodies that can bind and block foreign invaders.

Germinal centres often have a fleeting existence. Studies have found that the centres are often dismantled about six weeks after first exposure to foreign proteins. This pauses the evolution of new and diverse B cells that could potentially beat back new virus variants.

The team suspected that the life of germinal centres might be prolonged by modifying how vaccines are delivered. They previously found that giving increasing doses of HIV vaccines over several days could lead to more diverse and robust immune responses than single doses. If slow-dosing leads to longer-lasting germinal centres, B cells could have more opportunity to evolve and better bind to different regions of foreign proteins, known as antigens.

The researchers found that germinal centres for the HIV antigen in the slow-dosed monkeys persisted for at least six months, with B cells continuing to evolve and improve.

Is an HIV vaccine on the horizon?
READ MORE

A single booster shot given to some monkeys at week 10 led to an increase in HIV-neutralising antibodies. But the slow-dosed monkeys that did not receive a boost at that time saw further improvements to antibody quality and quantity over time. These monkeys, who received a booster at 30 weeks, had even greater levels of neutralising antibodies, better memory B cells, and more diverse antibodies six months after the initial shots.

The findings suggest that a delay in booster shots, along with slow dosing, might make for more effective vaccines against fast-evolving viruses, including influenza and SARS-CoV-2.

“You want to get the immune response started, and then let it do its job. Let it try and undergo as much antibody evolution as it can before you come back with a booster immunisation,” said Dr Shane. “This shows that the immune system can do really extraordinary things if you give it the opportunity—and that in some vaccine contexts, patience really is a virtue.”