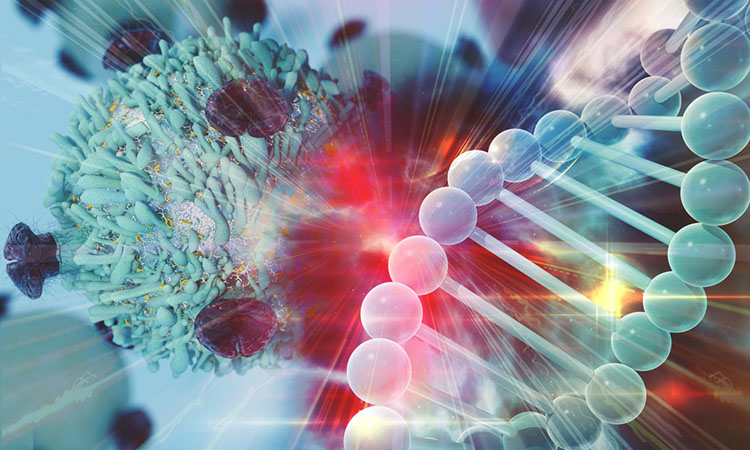 According to researchers at the Icahn School of Medicine at Mount Sinai, US, a new approach to cancer immunotherapy provokes a robust anti-tumour immune response that shrinks ovarian, lung and pancreatic tumours in pre-clinical disease models.

The new approach that uses one type of immune cell to kill another — rather than directly attacking the cancer, is published in the journal Cancer Immunology Research. The study involved a twist on a type of therapy that uses chimeric antigen receptor (CAR) T cells.

CAR T cells in current clinical use are engineered to recognise cancer cells directly and have successfully treated several blood cancers. However, there have been challenges that prevent their effective use in many solid tumours.

Most solid tumours are heavily infiltrated by a different type of immune cell called macrophages. Macrophages help tumours grow by blocking the entry of T cells into the tissue, preventing CAR T cells and T cells from destroying the cancer cells.

To tackle this immune suppression at the source, the researchers engineered T cells to make a CAR that recognises a molecule on the surface of macrophages. When these CAR T cells encountered a tumour macrophage, the CAR T cell became activated and killed it.

Treatment of mice bearing tumours with macrophage-targeting CAR T cells reduced the number of tumour macrophages, shrunk the tumours and extended their survival.

The investigators further demonstrated that this anti-tumour immunity was driven by release of the cytokine interferon-gamma, a molecule involved in the regulation of inflammatory responses, from the CAR T cells.

Shifting the sights of CARs from cancer cells to tumour macrophages potentially addresses another key barrier to the successful elimination of solid tumours with CAR T cells. There are very few proteins found exclusively on cancer cells that can be used to target solid tumours directly without damaging the healthy tissue.

The macrophages found in tumours that suppress immunity are very similar across different types of cancer and very different from macrophages in healthy tissues. This has led to an interest in macrophage-depleting agents for cancer therapy, but approaches developed to date have had limited success in clinical trials.

“Our molecular studies of human tumours have revealed macrophage subsets present in human tumours and not in normal tissues and are similar across tumours and across patients. So macrophage-targeting CAR T cells could be a broad way to target different types of solid tumours and improve immunotherapy,” said Dr Miriam Merad,co-senior author of the study, and Director of PrIISM.

“Our initial goal was just to use the CAR T cells to kill the immunosuppressive macrophages, but we discovered they were also boosting tumour immunity by releasing this powerful immune-boosting molecule,” said senior author Dr Brian Brown, Director of the Icahn Genomics Institute and Associate Director of the Marc and Jennifer Lipschultz Precision Immunology Institute (PrIISM) at Icahn Mount Sinai. “It was a one-two punch from this single treatment.”

Next, the researchers are working on tumour macrophage-specific CAR and generating humanised versions of the genetic instructions, so that they can be introduced into cancer patients’ own T cells.