The study describes how oncolytic virotherapy can work with existing immunotherapy techniques, boosting the immune capacity to effectively target and destroy cancer cells. 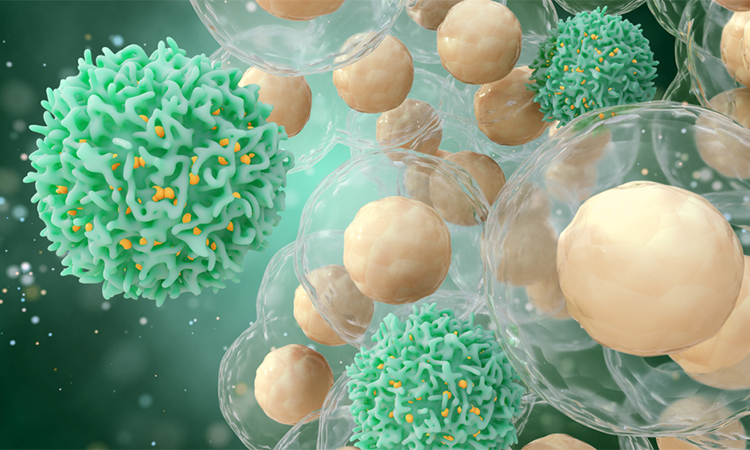 A new study by researchers at Arizona State University, US describes how a combination of immunotherapy and virotherapy, using myxoma virus, provides new hope for patients with treatment resistant cancers. The research, recently published Cancer Cell, proposes a new line of attack that shows promise for treatment-resistant cancers.

The approach involves a combination of two methods that have each shown considerable success against some cancers. The study describes how oncolytic virotherapy, a technique using cancer-fighting viruses, can act together with existing immunotherapy techniques, boosting the immune capacity to effectively target and destroy cancer cells.

One such virus, known as myxoma, is the focus of the current research and an area of expertise for the research group. The study shows that the use of T cells infected with myxoma virus can induce a form of cancer cell death not previously observed. Known as autosis, this form of cell destruction may be particularly useful against solid tumours that have proven treatment-resistant to various forms of cancer therapy, including immunotherapy alone.

Cancer presents a unique challenge to the immune system as tumour cells often lack the identifying cell features that allow the immune system to attack them by distinguishing self from non-self. Researchers hope to help the immune system to overcome cancer’s notorious tactics of disguise, developing new experimental techniques belonging to a category known as adoptive cell therapy (ACT).

Two forms of ACT immunotherapy are described in the new study: CAR T-cell therapy and T Cell Receptor Engineering (TCR). The basic idea in each case is the same: treating cancer with activated T lymphocytes extracted from the patient.

The development of these therapies has been nothing short of revolutionary, and some cancer patients facing bleak prospects have made remarkable recoveries following the use of immunotherapy. But techniques like CAR T-cell therapy and TCR nevertheless have their limitations and are often ineffective against advanced solid tumours. In such cases, cancer cells often manage to evade destruction by T cells by downregulating or losing the surface antigens or MHC proteins that T-cells use to identify them. 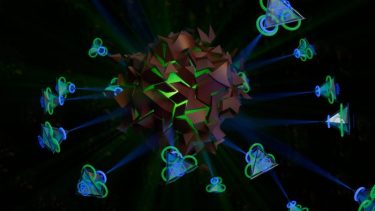 The new study highlights the ability of immunotherapy when it is coupled with virotherapy to break through the wall of cancer resistance, specifically using myxoma-equipped T cells. The myxoma can target and kill cancer cells directly but more usefully can induce an unusual form of T-cell directed autosis. This form of cell death augments two other forms of programmed cancer cell death induced by T cells, known as apoptosis and pyroptosis.

During myxoma-mediated autosis, cancerous cells in the vicinity of those targeted by the therapy are also destroyed in a process known as bystander killing. This effect can considerably enhance the dual therapy’s aggressive eradication of cancer cells, even in notoriously hard-to-treat solid tumours.

A combined myxoma-immunotherapy approach therefore holds the potential to turn so-called “cold tumours,” which fly under the immune system’s radar, into “hot tumours” that immune cells can identify and destroy, allowing CAR T cells or TCR cells to enter the tumour environment, proliferate and activate.

“We are at the edge of discovering newer aspects of the myxoma virus and oncolytic virotherapy,” concluded Masmudur Rahman. “In addition, these findings open the door for testing cancer-killing viruses with other cell-based cancer immunotherapies that can be used in cancer patients.”