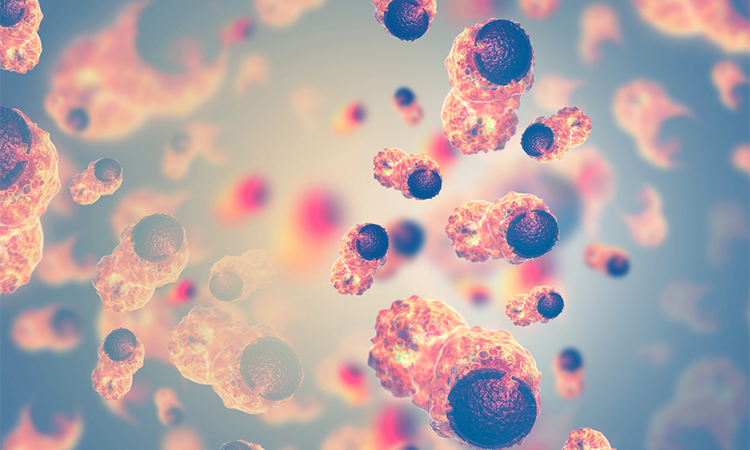 Scientists from the Louisiana State University Health Sciences (LSU) Center New Orleans, US have found a novel therapeutic strategy to overcome tumour-induced immunosuppression. For the first time, the research team identified a critical immunosuppressive pathway and a promising approach to intervene, protecting the ability of T cells to attack cancer cells. The results were recently published in Frontiers in Immunology.

“Immunotherapy is one of the most promising areas in oncology,” said senior author, Dr Lucio Miele. “Our immune systems are capable of destroying cancer cells, and several approved and experimental drugs stimulate cancer immunity. But cancers fight back, producing substances that weaken immune cells.”

The immune system cells that kill cancer cells are called CD8 T cells. To be effective, CD8 T cells need a protein made by the NOTCH1 gene.

“We had already described how adenosine, an immune-suppressive substance released by tumour cells, causes the breakdown of NOTCH1, weakening T cells,” says Miele.

Using a proteomics strategy, the researchers were able find that an enzyme called CBL-B causes the breakdown of NOTCH1 in T cells. In the study, the scientists were able to show that their experimental inhibitors do protect NOTCH1 from breaking down in CD8 T cells and make them far more effective in killing breast and colorectal cancer cells.

“When added to existing immunotherapeutics, these CBL-B inhibitors greatly increased their potency,” Miele concluded. “This new strategy could expand the efficacy of cancer immunotherapy by making patients’ T cells able to evade the immune-suppressive defences of tumours.”