In their study, the researchers from the University of Maryland School of Medicine found that the Nsp6 SARS-CoV-2 protein causes heart damage. 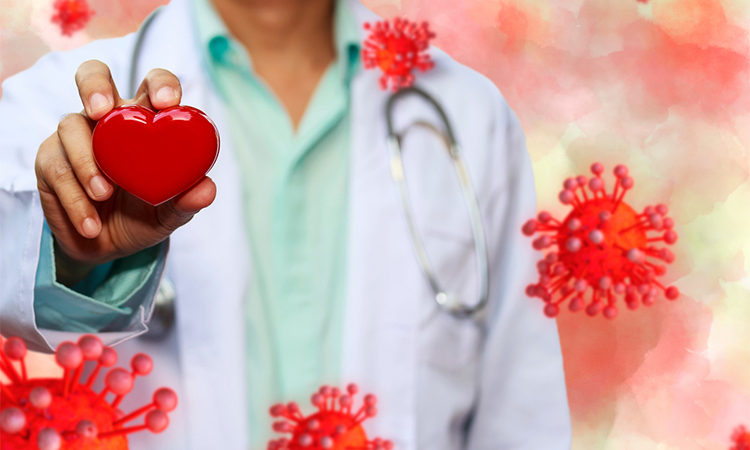 Researchers at the University of Maryland School of Medicine’s (UMSOM) Center for Precision Disease Modeling, US, have identified how a specific protein in SARS-CoV-2, Nsp6, damages heart tissue. They then used a drug to reverse the toxic effects of that protein on the heart.

Their findings, based on research with fruit flies and mouse heart cells, were published recently in Communications Biology.

People infected with COVID-19 are at a significantly higher risk for developing inflammation of the heart muscle, abnormal heart rhythms, blood clots, stroke, heart attacks, and heart failure for at least a year after infection, compared to those who have not been infected with the virus. Although scientists rapidly developed vaccines and medications to lessen the severity of COVID-19 disease, these therapies do not protect the heart or other organs from the damage that can be done by even a mild infection.

“By identifying these processes of injury in each tissue, we can test drugs to see whether any can reverse this damage; those drugs that show promise can then be further tested in clinical research studies,” explained senior author Dr Zhe Han.

Last year the research team identified the most toxic SARS-CoV-2 proteins in studies using fruit flies and human cells. They found a promising drug selinexor reduced the toxicity of one of these proteins, but not the other one, known as Nsp6.

In their latest study, they found that Nsp6 turned out to be the most toxic SARS-CoV-2 protein in the fly heart. Next, they found that the Nsp6 protein hijacked the fruit fly’s cells in its heart to turn on the glycolysis process, which enables cells to burn the sugar glucose for energy. Typically, heart cells use fatty acids as an energy source, but switch over to sugar metabolism during heart failure as these cells to try to repair the damaged tissue. The researchers also found the Nsp6 protein did added damage by disrupting the cell’s powerhouse, called the mitochondria, which produces energy from sugar metabolism.

When the SARS-CoV-2 protein Nsp6 is made in a fruit fly heart (center), the heart has structural defects compared to a normal heart without the viral protein (left). When fruit fly hearts with the viral Nsp6 protein are given the metabolism changing drug 2DG (right), the hearts begin to look more normal than the ones with the viral protein that do not have the drug
[Credit: Zhe Han at UMSOM].

The team then blocked sugar metabolism in fruit flies and mouse heart cells using the drug 2-deoxy-D-glucose (2DG). They found that the drug reduced the heart and mitochondria damage caused by the Nsp6 viral protein.

“We know that some viruses hijack the infected animal’s cell machinery to change its metabolism to steal the cell’s energy source, so we suspect SARS-CoV-2 does something similar. The viruses can also use the by products of sugar metabolism as building blocks to make more viruses,” said Han. “So, we predict this drug that changes the metabolism in the heart back to what it was before infection would be bad for the virus, by both cutting off its energy supply and eliminating the pieces it needs to replicate.”

The researchers said that fortunately 2DG is inexpensive and is used regularly in laboratory research. Although 2DG has not been approved by the US Food and Drug Administration to treat disease, the drug is currently in clinical trials for treatment of COVID-19 in India.

The researchers hope that their findings can refine the treatments scientists target for future research with the aim of reversing heard damage in COVID-19 patients.