The first drug to treat calcification of heart valves may be one originally designed for rheumatoid arthritis. 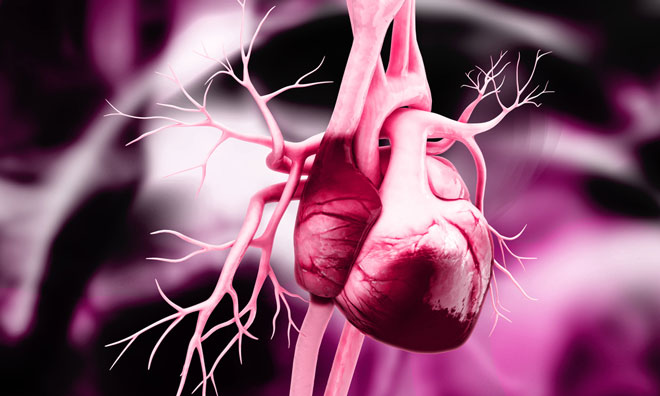 Vanderbilt University researchers published findings that the drug – a monoclonal antibody known as SYN0012 – shows promise in keeping heart valve leaflets supple. About a quarter of Americans suffer hardening of the valves by age 65 and about half by 85, and the only treatment is surgical replacement.

“Very elderly patients’ bodies can’t handle that,” said Cyndi Clark, research assistant professor of biomedical engineering and the first author on the paper. “I hope to see an earlier treatment option available within the next decade.”

The culprit in the condition, called aortic valve stenosis, is cadherin-11, a binding protein necessary for normal wound healing. Fibroblasts, the most common cell in connective tissue, produce it to ensure cuts and broken bones reconnect, and heart valves are composed of this type of cell. As hearts age and lose elasticity, the fibroblasts become overactive, producing mass amounts of cadherin-11 until the three thin leaflets that make up aortic valves become virtually immobile. The heart pumps harder in an attempt to push blood through the valve, causing the chambers of the heart to enlarge, leading to heart failure if the valve isn’t replaced.

The rheumatoid arthritis drug, an anti-inflammatory, physically binds to cadherin-11 (CDH-11) on the surface of cells so that they can’t bind together.

“Aortic valve stenosis, even though it involves only a little piece of tissue, has a catastrophic effect on the heart,” said W. David Merryman, associate professor of biomedical engineering. “The antibody we’re working with blocks fibroblasts from becoming the active type that leads to disease. It keeps them from becoming inflamed.

“We believe there is potential for using this drug at the first sign of valve disease to prevent the progression. You likely cannot reverse the damage, but we believe the drug can prevent it.”

About 750,000 Americans per year suffer heart attacks, and those plus all other varieties of heart disease are the No. 1 killers in America. Surgeons can replace damaged valves with ones made from either pig or cow tissue or with mechanical versions, said Vanderbilt cardiologist and Assistant Professor of Medicine Mike Baker. Physicians’ only option is to monitor calcifying valves once they’re detected and then operate when symptoms appear, he said.

“Once the patient becomes symptomatic, they start running a significant risk of heart failure or even death,” Baker said.

“The exciting thing about this drug’s potential is that it could allow us to consider a strategy of prevention, as we do with other forms of heart disease – like lowering cholesterol or using ACE inhibitors. We don’t have any interventions for aortic valve stenosis that slow its progression.”

Merryman’s research into CDH-11 dates back to 2013, when two of his Ph.D. students compared two studies of heart valve cellular responses that came to completely different conclusions. One found that a chemical compound caused valve fibroblasts to become active, similar to what is observed during valve disease, but the other study indicated that the same compound prevented the cells from calcifying, indicating that a key piece of the valve disease puzzle was missing. They realised that the teams behind those studies were inadvertently turning CDH-11 production on and off, affecting the outcome.

The PhD students obtained heart valves preserved from surgeries at Vanderbilt University Medical Center and found that patients suffering from calcification had, in some cases, 50 times as much CDH-11 present in their valves as patients without the condition.

They completed another study that showed a NOTCH1 genetic mutation likely ensured those carrying it eventually would suffer from heart valve disease because it leads to CDH-11 overproduction.