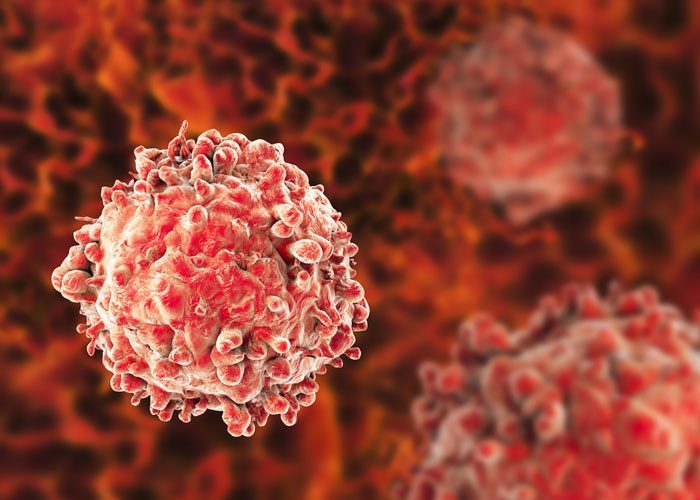 Drugs developed to treat heart and blood vessel problems could be used in combination with chemotherapy to treat an aggressive form of adult leukaemia.

To study how AML affects bone marrow, the researchers injected mice with bone marrow from AML patients. Later, they compared their bone marrow with healthy mice using a technique called intravital microscopy that allows you to see biological processes in live animals. They found that pre-loaded fluorescent dyes leaked out of the bone marrow blood vessels in AML mice, but not healthy mice.

Next, the team tried to understand what caused the bone marrow in AML mice to become leaky by studying molecular changes in the cells lining the blood vessels. They found that they were oxygen-starved compared to healthy mice, likely because AML cells use up a lot of oxygen in the surrounding tissue. In response to a reduction in oxygen, there was an increase in nitric oxide (NO) production – a molecule that usually alerts the body to areas of low oxygen.

As NO is a muscle relaxant, the team suspected that it might be causing bone marrow leakiness by loosening the tight seams between cells, allowing blood to escape through the gaps. By blocking the production of NO using drugs, the team were able to restore bone marrow blood vessels in AML mice, preventing blood from leaking out. Mice given NO blockers in combination with chemotherapy had much slower leukaemia progression and stayed in remission much longer than mice given chemotherapy alone.

“By restoring normal blood flow with NO blockers, we ensure that chemotherapy actually reaches the leukaemia cells, so that therapy works properly,” she added.

In addition to ensuring that chemotherapy drugs reach their targets, the team also found that NO blockers boosted the number of stem cells in the bone marrow. This may also improve treatment outcomes by helping healthy cells to out-compete cancerous cells.

The team also found that bone marrow biopsies from AML patients had higher NO levels than those from healthy donors, and failure to reduce NO levels was associated with chemotherapy failure.

“Our findings suggest that it might be possible to predict how well people with AML will respond to chemotherapy,” said Dr Dominique Bonnet, senior author of the paper and Group Leader at the Francis Crick Institute.

“We’ve uncovered a biological marker for this type of leukaemia as well as a possible drug target. The next step will be clinical trials to see if NO blockers can help AML patients as much as our pre-clinical experiments suggest.”

“We found that the cancer was damaging the walls of blood vessels responsible for delivering oxygen, nutrients, and chemotherapy. When we used drugs to stop the leaks in mice, we were able to kill the cancer using conventional chemotherapy,” said Dr Passaro. As the drugs are already in clinical trials for other conditions, it is hoped that they could be given the green light for AML patients in the future.