An international team of researchers have demonstrated a way of overcoming one of the major stumbling blocks that has prevented the development of a vaccine against HIV.. 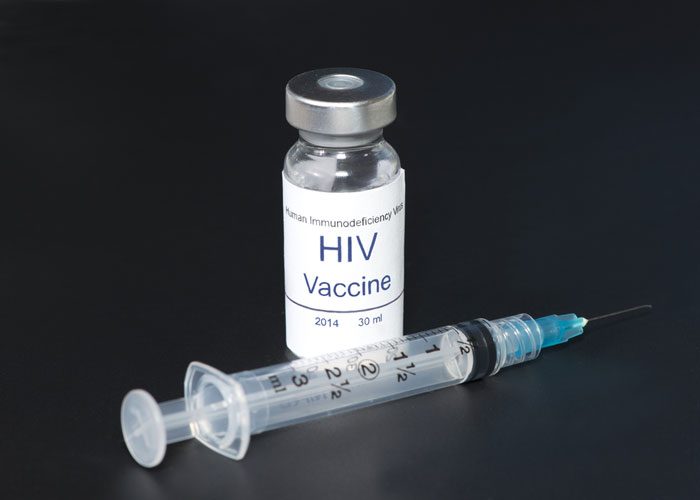 An international team of researchers have demonstrated a way of overcoming one of the major stumbling blocks that has prevented the development of an HIV vaccine: the ability to generate immune cells that stay in circulation long enough to respond to and stop virus infection.

Results from a previous clinical trial found that an experimental vaccine against HIV lowered the rate of human infection by 31%. This gave cautious optimism that a vaccine against the virus might be a feasible prospect.

A vaccine has obvious advantages over treatment with anti-retroviral drugs in that prevention could lead to eradication.

However, one of the major problems that prevented the vaccine from generating long-lasting protection was that the key immune response is needed to generate was very short-lived. The reason has now become clear and researchers have found a potential solution.

When a virus enters the body, its aim is to get into cells and replicate itself, again and again, spreading throughout the body.

HIV is especially notorious because a protein on its outer coat specifically targets CD4 T-helper cells, the master regulators of the immune system. These cells produce important signals for other types of immune cell: B-cells, which make antibodies; and T-killer cells, which kill virus-infected cells.

By specifically targeting the CD4 T-helper cells, HIV cripples the command and control centre of the immune system and prevents immune defences from working effectively.

HIV does not even need to enter and kill the CD4 T-cells – it can cause a functional paralysis of these cells simply by binding its gp140 with the CD4 receptor, an important molecule on the surface of T-helper cells. 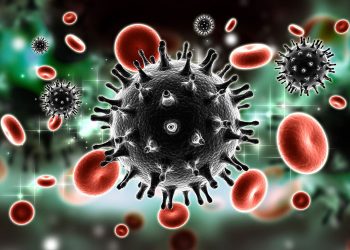 HIV’s envelope proteins are a key component of vaccines to protect against HIV infection. The body’s immune system targets this protein and generates antibodies directed at HIV’s outer coat to prevent the virus from entering the cells. If the effects of the vaccine last long enough, then with the assistance of robust helper T-cells, the human body should be able to develop antibodies that neutralise a large variety of HIV strains and protect people from infection.

Previous studies showed that vaccinating using a form of the outer coat protein called gp140 leads to the triggering of B-cells which produce antibodies to the virus, but only for a brief period and insufficient to generate sufficient antibodies that are protective from HIV infection over a long period.

Working with scientists in the UK, France, the USA, and the Netherlands, Professor Jonathan Heeney from the Laboratory of Viral Zoonotics at the University of Cambridge recognised that the binding of gp140 to the CD4 receptor on T-helper cells was probably causing this block, and that by preventing gp140 attaching to the CD4 receptor, the short-term block in antibody-producing B-cells could be overcome.

The research team have demonstrated for the first time that this approach works, providing the desired responses that were capable of lasting over a year.

“For a vaccine to work, its effects need to be long-lasting,” said Professor Heeney. “It isn’t practical to require people to come back every 6-12 months to be vaccinated. We wanted to develop a vaccine to overcome this block and generate these long-lived antibody-producing cells. We have now found a way to do this.”

The study showed that the addition of a tiny specific protein patch to the gp140 protein dramatically improved B-cell responses by blocking binding to the CD4 receptor and hence preventing the paralysis of T-helper cells early in the key stages of the immune response – like preventing a key from getting stuck in a lock. This small patch was one of the several strategies to improve gp140 for an HIV vaccine by a team led by Susan Barnett.

This modified vaccine approach now better stimulates long-lasting B-cell responses, boosting the ability of B-cells to recognise different contours of the virus coat and to make better antibodies against it.

This new finding will allow HIV vaccines to be developed that give the immune system enough time to develop the essential B-cell responses to make protective antibodies.

“B-cells need time to make highly effective neutralising antibodies, but in previous studies, B-cell responses were so short lived they disappeared before they have the time to make all the changes necessary to create the ‘silver bullets’ to stop HIV,” adds Professor Heeney.

“What we have found is a way to greatly improve B-cell responses to an HIV vaccine. We hope our discovery will unlock the paralysis in the field of HIV vaccine research and enable us to move forward.”

The team now hopes to secure funding to test their vaccine candidate in humans in the near future.