Five new malaria targets that could lead to an effective vaccine 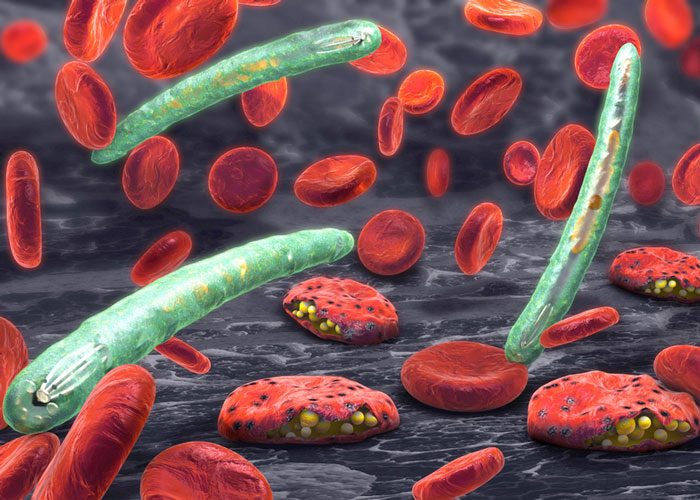 In the largest study of its kind, five new malaria vaccine targets have been discovered by scientists at the Wellcome Trust Sanger Institute and their collaborators.

Researchers studied the malaria parasite at its most vulnerable stage – when invading human red blood cells – and identified five targets that lead to a reduction in the parasite’s ability to enter red blood cells.

The results show that future malaria vaccines may be most effective if they target multiple parasite factors.

In the new study, scientists discovered five targets for future malaria vaccine development, which they suggest should be targeted in combination. An effective vaccine is urgently needed due to an expanding problem of drug resistance in the parasite.

By studying the parasite’s genome and working backwards, in a process known as reverse vaccinology

Researchers raised rabbit antibodies against all 29 targets, then tested the antibodies against two different strains of the deadly Plasmodium falciparum malaria, one from Africa and one from Asia. Of the 29 antibodies, the team discovered five that reduced the parasite’s ability to invade red blood cells in both malaria strains.

Dr Gavin Wright, an author from the Wellcome Trust Sanger Institute, said: “Producing a successful vaccine against parasites is challenging because they are very complex organisms with many components, making it difficult to know which ones to target. By studying the parasite’s genome and working backwards, in a process known as reverse vaccinology, we have discovered five vaccine targets which, if combined, show promise for further development.”

People naturally exposed to malaria can develop immunity over time. The team worked with collaborators in the US and Mali to see whether the five antibodies they identified were associated with natural protection against malaria in people.

Using video microscopy, we were able to see the different antibodies attacking the parasite at various stages as it attempted to invade red blood cells

Scientists found that alone, no single antibody gave protection against malaria in people, however, combinations of the antibodies did protect against the parasite.

To investigate what was happening at the cellular level, researchers used video microscopy to watch the parasite attempt to invade red blood cells with and without the presence of antibodies. The team discovered that the different antibodies were attacking the parasite at different steps as it invaded the red blood cell. Scientists found that pairing antibodies that each acted at different steps led to a more effective combination.

Professor Pietro Cicuta, an author from the University of Cambridge, said: “Using video microscopy, we were able to see the different antibodies attacking the parasite at various stages as it attempted to invade red blood cells. These results give insight into a new, synergistic view of vaccine development. We believe a new vaccine would be the most effective if it put roadblocks at several points along the parasite’s path into the red blood cells.”

Dr Julian Rayner, the lead author from the Wellcome Trust Sanger Institute, said: “This study was only possible due to the scale of studying multiple vaccine targets, and the huge collaborative effort. By bringing together multiple areas of expertise, from genomics to large field studies of patients in Mali, and down to advanced video microscopy observing individual parasites, we have discovered several new vaccine targets that warrant further investigation. It’s a great example of collaborative international science and its potential impact

The study has been published in the Proceedings of the National Academy of Sciences (PNAS).