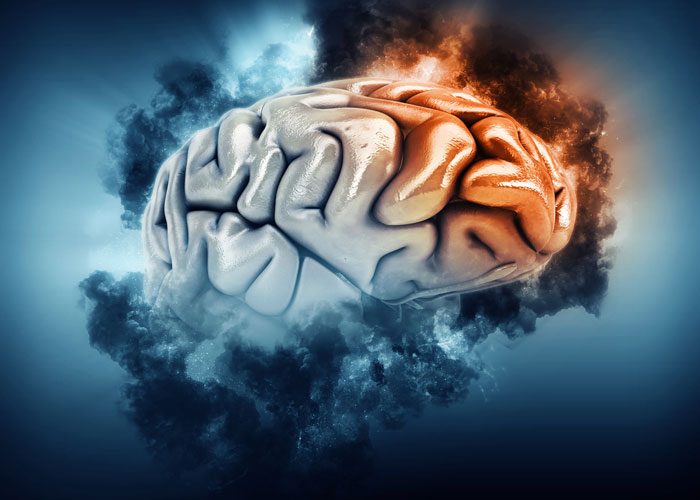 Researchers have identified brain changes linked to memory loss in people with Alzheimer’s disease. The discovery provides a new focus for exploring ways to treat or prevent dementia.

The study shows that the brain’s ability to adapt or change – called brain plasticity – is significantly lower in people with early Alzheimer’s disease than in healthy individuals of the same age.

The research focuses on plasticity in the frontal lobes, the brain region involved in higher thinking activities, such as planning and working memory. Working memory is the type of memory used to store and manipulate information to complete tasks over a short time period, such as doing mental calculations. The findings also reveal that people with reduced plasticity in the frontal lobes also experienced poorer working memory.

The findings are promising because “Impaired brain plasticity may be a future target for treatment or prevention of dementia, for which no great treatments exist at present,” says Dr Sanjeev Kumar, lead author of the study and Medical Head of Geriatric Mental Health Inpatient Services at CAMH. Dr Kumar and Dr Rajji are both Clinician Scientists in CAMH’s Campbell Family Mental Health Research Institute.

Healthy plasticity in the frontal lobes is important because researchers believe this brain region supports the brain’s “cognitive reserve,” or protection, that offsets poorer functioning in other brain areas that may contribute to the development of dementia. “Individuals with a higher reserve have been shown to develop dementia later in life than those with a lower reserve,” says Dr Kumar.

The research team used an innovative approach, developed by Dr Rajji and his colleagues in earlier research, to study brain plasticity in the frontal lobes.

In the CAMH-developed approach, the researchers use scalp electroencephalography (EEG), which measures electrical output generated directly by the frontal lobes in response to two-pronged brain stimulation, referred to as paired associative stimulation (PAS). The participant wears a 64-node cap that transmits the EEG signal, and researchers measure a person’s EEG signal before and after stimulation. Changes in this signal are an indicator of brain plasticity in the frontal lobes.

Prior to the PAS arm of the study, each participant completed a memory test to assess the ability to recall alphabetic letter sequences. Individuals with impaired plasticity also had poorer recall ability.

As next steps, the researchers are investigating approaches to enhance plasticity in the frontal lobes. This includes research on brain stimulation alone or combined with brain-training exercises. Says Dr Rajji, “Our goals now are: In people with early Alzheimer’s disease, can we recover plasticity in the frontal lobes, and will this lead to an improvement in memory? And, can we take this one step earlier – in people at risk of developing Alzheimer’s disease, can we enhance plasticity to prevent the progression of illness?”

The study has been published today in JAMA Psychiatry,

Centre for Addiction and Mental Health