By surveying gene expression, researchers have created a reference atlas for understanding the biology of inflammatory bowel disease and food allergies, among other conditions… 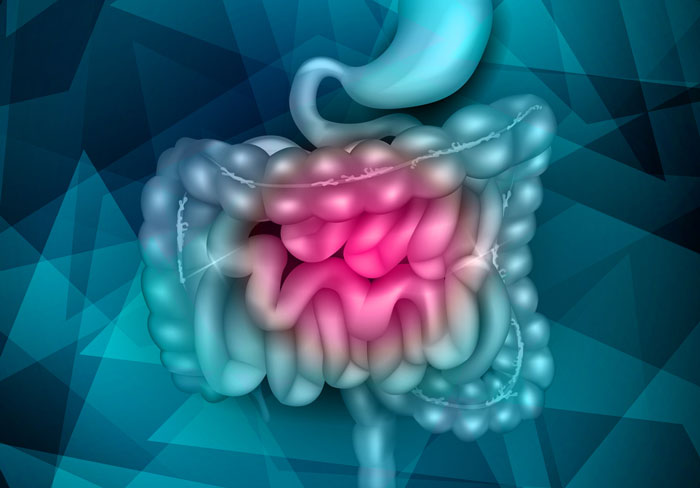 A multicenter team led by researchers at the Broad Institute of MIT and Harvard and Massachusetts General Hospital has produced a high-resolution, gene expression-based census of the cells constituting the lining of the small intestine, using more than 53,000 individual cells from the mouse gut or gut organoid models.

The study also enhances our understanding of the hormones and other signals gut cells produce and sheds new light on how the gut responds to different pathogenic invasions.

The gut has to perform many functions, including absorbing nutrients, generating many of the body’s hormones, and denying entry to noxious substances and pathogens. To do so, it relies on many specialised cells and their specific activities and interactions. Some of these cells are well known, but some have thus far remained unfamiliar.

To carry out their census, the study team relied heavily on single-cell RNA sequencing (scRNA-seq), a suite of genomic techniques capable of identifying specific gene expression profiles within individual cells.

“Every new technology is an opportunity for studying cells and tissues in greater detail,” said Broad core institute member Aviv Regev, a co-corresponding author on the paper, director of the Klarman Cell Observatory (KCO) at the Broad and the institute’s Cell Circuits Program. “They allow us to ask new biological questions or take a fresh look at old ones.

“We wanted to utilise single-cell RNA sequencing to understand what normal intestinal tissue looks like at a deeper level,” she continued. “With that baseline, we can start looking at disease.”

“The gut epithelium is in contact with both the immune system and the gut microbiome, and as such the gut is a major hub of cellular connections and therefore it is very important for us to understand gut physiology in health and disease,” said Dr Moshe Biton, a postdoctoral researcher in the KCO and co-first author — with Dr Adam Haber and Research Associate Nogal Rogel — and co-corresponding author on the Nature paper. “It’s also a tissue that we know a great deal about already. So we decided to revisit it and see whether we can find new things using scRNA-seq.”

We see this atlas providing a foundation for investigating many different questions about the pathology in the gut, effects of drug-induced gut toxicities and for identifying and examining important cells, interactions, and biomarkers

“An exciting outcome of this study was the allocation of known and novel specific sensory molecules associated with each epithelial cell type,” said Mr Rogel. “We hope this will have positive implications in designing drugs targeting metabolic disorders.”

The data also revealed the existence of previously unrecognised cell subtypes and provided support for reclassifying known ones. For instance, the team uncovered a new type of chemical-sensing tuft cell (which helps alert the immune system to infection or other forms of injury) that displayed markers previously thought to be exclusive to immune cells and which may help sound the alarm about allergens and invading parasites.

“We were surprised to see that expression of the gene TSLP — which encodes a cytokine long known to be involved in epithelial-induced inflammation — was exclusive to a particular subset of tuft cells,” Dr Haber noted. “This suggests a significant ‘lookout’ role for these recently characterised cells.”

In addition, the data showed that the gut’s hormone-producing enteroendocrine cells (EECs) — long divided into subsets based on the idea that each only expressed a single hormone — can actually express multiple hormones at once.

The team also mapped their data to different locations along the length of the small intestinal tract. For example, they found that EECs that produce ghrelin tend to group near the beginning of the small intestine. Those producing peptide YY, on the other hand, aggregate near the far end.

As a proof-of-concept of the atlas’s utility as a reference for disease studies, the researchers also surveyed gut epithelial gene expression in two models of intestinal infection, one of Salmonella bacteria, the other of Heligmosomoides polygyrus, a species of helminth (an intestinal parasite).

Comparisons against the reference census data showed that the intestinal lining dramatically reconfigures itself in response to infection. Certain cell types significantly increased or declined in abundance depending on the kind of infectious insult. Many cells’ expression profiles also changed dramatically, including pathogen-specific changes.

With the reference cell census data in hand, the research team is excited to conduct additional studies, including ones involving models or human patients with gastrointestinal conditions — Crohn’s disease, ulcerative colitis, gastrointestinal cancers, forms of food allergy, to name a few — aimed at identifying changes in gene expression and epithelial structure and function that could reveal new insights and opportunities for therapeutic development.

“We see this atlas providing a foundation for investigating many different questions about the pathology in the gut, effects of drug-induced gut toxicities and for identifying and examining important cells, interactions, and biomarkers,” said Broad Institute member Ramnik Xavier, a co-corresponding author on the paper, co-director of the institute’s Infectious Disease and Microbiome Program, and chief of gastroenterology and director of the Center for the Study of Inflammatory Bowel Disease at MGH. “And in creating this resource, we have learned a great deal about how to build an atlas of a complex, dynamic tissue. That kind of knowledge could be important for other efforts focused on other tissues and systems.”