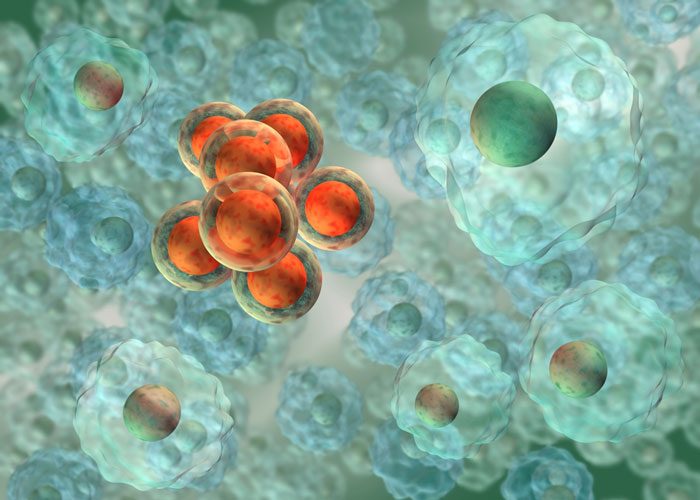 An international team of researchers have developed 3D cell cultures in which genes can be specifically modified. This allows the study of genes that may cause therapy resistance in breast cancer and may further improve the use of targeted anti-cancer drugs.

Drug resistance remains the major cause of death of patients suffering from metastasized cancer. Unfortunately, there is no ideal therapy that suits all patients. Moreover, the most efficient therapy should be used right from the start to increase the chance of cure and to minimize the risk of drug resistance. Therefore, an important goal in modern cancer research is the development of individualised therapies for cancer patients, the so-called precision medicine.

In close collaboration with the Netherlands Cancer Institute (NKI) in Amsterdam and the Hubrecht Institute in Utrecht, a research team at the University of Bern has generated 3D cell cultures (so-called organoids) to investigate mechanisms of drug resistance in breast cancer and to improve current therapy. The corresponding article was just published in “Nature Methods”.

How to identify the best therapy for an individual patient? “We are studying whether so-called organoids are useful to elucidate mechanisms of therapy resistance and to predict therapy response,” says Sven Rottenberg from the Vetsuisse faculty of the University of Bern. For this purpose, the scientists are culturing the tumour cells in a three-dimensional matrix and complement the culture medium with special growth factors. Using the molecular scissors CRISPR/Cas9, specific genes in these 3D cell cultures can be modified to investigate the effect on therapy response. This approach may be useful to mimic therapy response of patients and to find the optimal therapy in vitro.

Example of an in vitro culture of mammary tumour organoids. The green cells under the fluorescent microscope (right side) are genetically modified to study mechanisms of anti-cancer therapy resistance. © University of Bern

A possible alternative to animal experiments

In contrast to classical cell cultures, organoids have major advantages, explains Dr Rottenberg: “This method opens new possibilities since 3D organoids grow much more efficiently in the Petri dish – and they keep special features as well, including the typical cellular heterogeneity of cancer.

“This is unlike the few selected tumour cells that grow under conventional cell culture conditions and often do not represent an original tumour anymore. The hope is that this approach replaces the cumbersome transplantation of human tumour fragments into mice. “This would reduce the number of complex animal experiments,” adds Rottenberg.

Nevertheless, he also sees work ahead: “Regarding therapy response, we see in our model that not all organoids tested in vitro predict the real in vivo response correctly. For some tumours, we are still missing factors that influence drug response and that cannot be modelled sufficiently with the current organoid approach.” The research group of Dr Rottenberg is working on further optimising the cell culture conditions to put the puzzle of drug resistance mechanisms together.