A cure for haemophilia is one step closer, following results of a gene therapy trial led by the NHS in London. 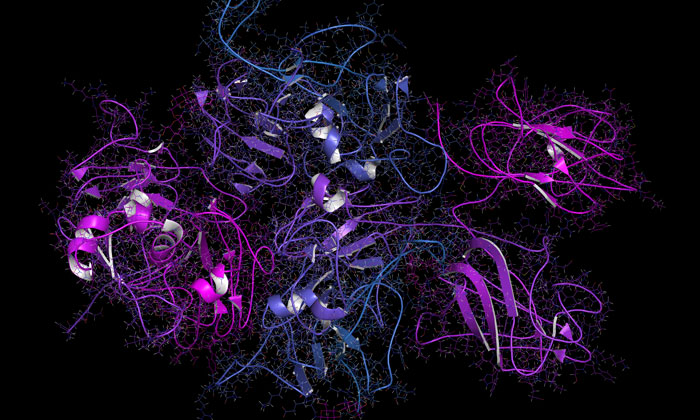 Clinical researchers at Barts Health NHS Trust and Queen Mary University of London have found that over one year on from a single treatment with a gene therapy drug, participants with haemophilia A (the most common type) are showing normal levels of the previously missing protein, and effectively curing them.

A single infusion of the gene therapy drug showed improved levels of the essential blood clotting protein factor VIII, with 85 per cent of patients achieving normal or near-normal factor VIII levels even many months after treatment.

The results have particular significance as the first successful gene therapy trial for haemophilia A.

The results are published in the New England Journal of Medicine.

There are around 2,000 people with severe haemophilia A in the UK. A hereditary genetic condition dominantly affecting men, people with severe haemophilia A have virtually none of the protein factor VIII which is essential for blood to clot. It puts those affected at risk of excessive bleeding even from the slightest injury as well as causing spontaneous internal bleeding, which can be life-threatening. Recurring bleeding into joints can also lead to progressive joint damage and arthritis. The only current treatment involves multiple weekly injections to control and prevent bleeding, but there is no cure.

The trial saw patients across England injected with a copy of the missing gene, which allows their cells to produce the missing clotting factor. Following patients for up to 19 months, tests show that 11 out of 13 patients in the trial now have normal or near normal levels of the previously missing factor and all 13 patients have been able to stop their previously regular treatment.

“When we started out we thought it would be a huge achievement to show a five per cent improvement, so to actually be seeing normal or near normal factor levels with dramatic reduction in bleeding is quite simply amazing.”

The team will now hold further tests widening participants globally to include people in the USA, Europe, Africa and South America.