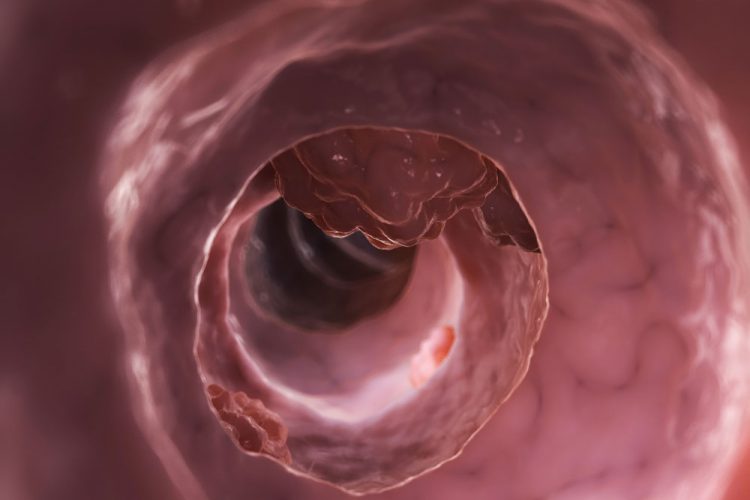 Researchers have identified an enzyme that is absent in healthy colon tissue but abundant in colon cancer cells. The enzyme appears to drive the conversion of normal colon tissue into cancer by attaching sugar molecules, or glycans, to certain proteins in the cell. Understanding the role that sugar-modified (glycosylated) proteins play in healthy and cancerous cells is an emerging area of cancer biology that may lead to new therapies.

Hans Wandall’s team at the University of Copenhagen studied a group of 20 enzymes that initiate the first step in a particular kind of glycan modification, called GalNAc-type O-glycosylation, found on diverse proteins. These enzymes, called GalNAc transferases (GalNAc -Ts) are variously found in different amounts in different tissues, but their functions are poorly understood. 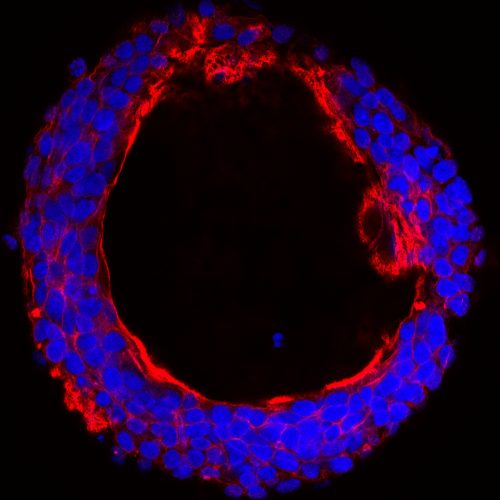 The enzyme GalNAc-T6 is selectively up-regulated in colon adenocarcinomas, and its expression is associated with a cancer-like growth pattern. (Kirstine Lavrsen, University of Copenhagen)

Dr Wandall’s team, led by then-graduate student Kirstine Lavrsen, found that one of the GalNAc-Ts, called GalNAc-T6, was absent in healthy colon tissue but abundant in colon cancer cells. The team used CRISPR/Cas engineering of a colon cancer cell line with and without GalNAc-T6 to understand which proteins the enzyme helped attach sugars too, and what effect this had on the cells.

“When we look at the 3D growth of a cancer cell line that has GalNAc-T6, it can form tubular structures with the formation of something that looks like colon cancer tissue,” Dr Wandall said. “When we take out GalNAc-T6, then suddenly the tissue formation changes to look more like the crypt structures that you would find in a healthy colon.”

Using mass spectrometry, the team categorised the proteins that GalNAc-T6 acted on in these cells. “Our data suggest [that] this specific enzyme seems to affect a subset of proteins that could be involved in cell-cell adhesion,” Dr Wandall said. In other words, the glycan modifications changed the patterns in which cells stuck together, leading the cells to develop as something that looked more like a tumour than a healthy tissue.

The next step, then, is to understand precisely why adding sugars to the specific protein sites modified by GalNAc-T6 leads colon cells to develop abnormally. Glycan modifications can affect protein function in myriad ways. For example, they can make proteins that are usually cleaved into two unable to be cleaved, or prevent two proteins from binding to each other.

“Glycans look so different in cancer compared to normal tissue, and it’s a really understudied field,” Lavrsen said. “There are a lot of things to be discovered.”

The research has been published in the Journal of Biological Chemistry.