Scientists identify genes that could develop therapies for EBV-related cancers

Researchers have identified two genes that are responsible for governing the replication of the Epstein-Barr virus, an infection that drives the growth of several types of cancer… 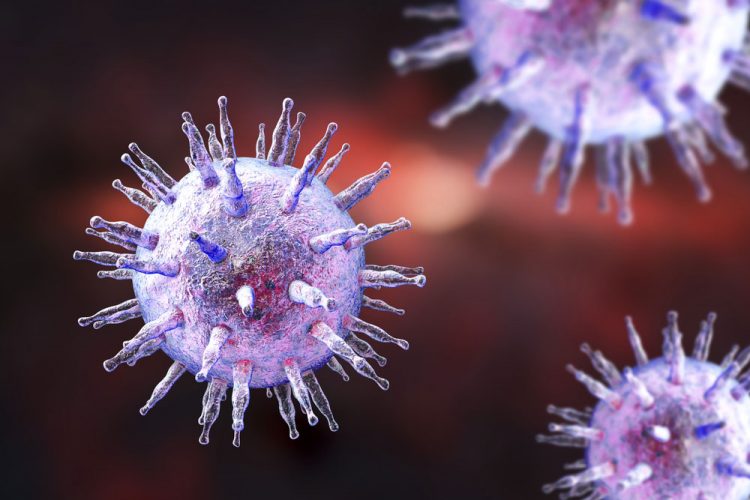 Researchers have identified two genes that are responsible for governing the replication of the Epstein-Barr virus, an infection that drives the growth of several types of cancer. The discovery could lead to the development of novel therapies for virus-associated diseases including stomach cancer and lymphomas.

Dr Renfeng Li, a member of the Cancer Molecular Genetics research program at Massey, conducted a study which determined that the gene PIAS1 is a crucial factor in preventing EBV replication. This is because EBV specifically targets cellular machinery in infected cells to eliminate PIAS1 in order to copy itself efficiently.

Typically, EBV exists in the latent phase in tumour cells, however, various stimuli can reactivate the virus and catalyse its growth and replication.

Once EBV has been activated, it hijacks enzymes responsible for the programmed destruction of cells, referred to as caspases, and then essentially acts like a pair of “molecular scissors” to cut out PIAS1, Dr Li said. The removal of this gene allows for the reactivation and continued replication of the virus.

By deliberately blocking this genetic editing, Dr Li found that PIAS1 was able to prevent EBV from replicating within the host.

“This finding represents a striking example of an emerging category of virus-host interactions which should offer insights into understanding and controlling viral pathogenesis,” said Dr Li, an assistant professor at the VCU School of Dentistry.

A second study furthered the understanding of EBV progression by closely examining interferon regulatory factor 8 (IRF8), a protein that controls the development of blood cells.

IRF8 was previously known to serve a major function in a cellular process involved in the reactivation of EBV (B cell differentiation), and this study found that the depletion of IRF8 was directly associated with a decrease in EBV activity.

Dr Li’s research demonstrated IRF8 directly regulates the activation of caspase enzymes which destroy KAP1, another gene that prohibits the development of the virus much like PIAS1.

By suppressing IRF8, Dr Li was able to stabilise the presence of KAP1 to help deactivate EBV in virus-infected cancer cells.

“Due to the unique presence of EBV in cancer cells, our research on EBV life cycle regulation by both PIAS1 and IRF8 can help facilitate the development of novel strategies to wipe out cancers associated with this virus,” Dr Li said.

Dr Li, his research team members Kun Zhang and Dong-Wen Lv and two postdoctoral fellows at VCU have contributed to these two studies.

The study has been published in Cell Reports.