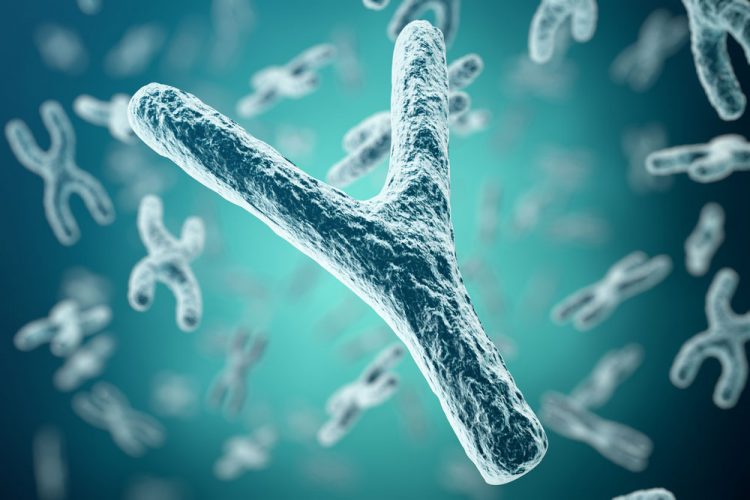 Scientists have discovered the first leukaemia protective gene that is specific to the male-only Y chromosome. Researchers found that this Y-chromosome gene protects against the development of Acute Myeloid Leukaemia (AML) and other cancers.

The study investigated how the loss of the X-chromosome gene UTX, which is known to be mutated in many tumours, hastens the development of AML. However, they found that UTY, a related gene on the Y chromosome, protected male mice lacking UTX from developing AML. The authors then show that in AML and in several other human cancers types, loss of UTX is accompanied by loss of UTY, confirming that the cancer-suppressing role of UTY extends beyond AML.

In their study, researchers studied the UTX gene in human cells and in mice to try to understand its role in AML. In addition to their discovery that UTY acts as a tumour suppressor gene, the scientists found a new mechanism for how loss of UTX leads to AML. They discovered that UTX acts as a common scaffold, bringing together a large number of regulatory proteins that control access to DNA and gene expression, a function that can also be carried out by UTY. When UTX/UTY are missing, these proteins can’t regulate gene expression correctly and cancer growth becomes more likely.

Understanding this process is key to developing targeted drugs for AML, allowing us to move away from gruelling and often ineffective chemotherapy-based treatments

Acute myeloid leukaemia is an aggressive blood cancer that affects people of all ages. It develops in cells in the bone marrow and leads to life-threatening infections and bleeding. Mainstream AML treatments have remained unchanged for decades.

Women have two X chromosomes whereas men have one X and one Y chromosome. The X and Y chromosomes share many genes, but a small number of genes, including UTY, are only found on the Y chromosome. These Y-specific genes were thought to contain the genetic information required for male sexual characteristics but were not known to have other roles. The discovery of this new role changes the way the Y chromosome is viewed and improves understanding of how AML and other cancers develop.

Dr Malgorzata Gozdecka, the first author on the study from the Wellcome Sanger Institute, said: “This is the first Y chromosome-specific gene that protects against AML. Previously it had been suggested that the only function of the Y chromosome is in creating male sexual characteristics, but our results indicate that the Y chromosome could also protect against AML and other cancers.”

Professor Brian Huntly, joint project leader from Cambridge University and Consultant Haematologist, at Cambridge University Hospitals NHS Trust, said: “It is known that men often lose the Y chromosome from their cells as they age, however, the significance of this was unclear. Our study strengthens the argument that loss of the Y chromosome can increase the risk of cancer and describes a mechanism for how this may happen.”

Dr George Vassiliou, joint project leader from the Wellcome Sanger Institute and Consultant Haematologist at Cambridge University Hospitals NHS Trust, said: “Treatments for AML have not changed in decades and there is a large unmet need for new therapies. This study helps us understand the development of AML and gives us clues for developing new drug targets to disrupt leukaemia-causing processes. We hope this study will enable new lines of research for the development of previously unforeseen treatments and improve the lives of patients with AML.”

Dr Alasdair Rankin, Director of Research at Bloodwise, said: “Survival rates for AML remain tragically low, with current treatment that involves intensive chemotherapy, often combined with a stem cell transplant, only curing a small proportion of patients. This important research helps build a fuller picture of what goes wrong genetically as this highly aggressive leukaemia develops. Understanding this process is key to developing targeted drugs for AML, allowing us to move away from gruelling and often ineffective chemotherapy-based treatments.”