A gene signature in the bloodstream could reveal whether someone is going to develop active tuberculosis (TB) disease months before symptoms begin. 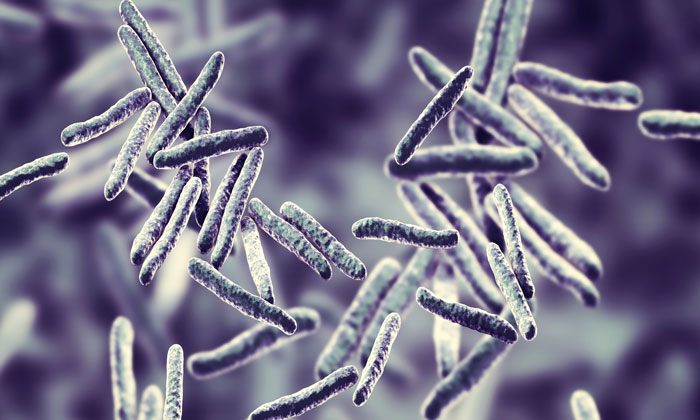 Such a signature has now been developed by an academic-industry partnership led by the Francis Crick Institute and University of Leicester, with BIOASTER and bioMerieux in France and the University of Cape Town in South Africa.

The research looked at 53 TB patients in Leicester, UK, and followed 108 of their close contacts over two years to see who developed active TB. They found that those who remained healthy showed no sustained gene signature, while six of the nine who went on to develop active TB showed a strong, sustained signature.

This is the first study to link the presence of signature and the onset of early TB before the patient has symptoms. This small proof-of-principle study indicates a promising new direction for TB detection and treatment, with the prospect of intervening before individuals pose a risk of transmitting infection to others.

Two billion people worldwide are estimated to have been infected by the bacterium that causes TB, but only 10% of them go on to develop the clinically active disease, which kills 1.67 million people every year. The other 90% have ‘latent’ TB, where the immune system keeps the infection under control and they do not experience symptoms or spread the disease. Knowing who is likely to develop active TB would help doctors to better prevent and treat the disease before symptoms begin.

Symptoms of active TB include persistent cough, followed by weight loss, fever and breathing difficulties. TB can be fatal if left untreated, and even when treated promptly the symptoms can last for several weeks during which time the patient remains infectious.

Commenting on the advantages of identifying active TB early, Professor Anne O’Garra, Group Leader at the Francis Crick Institute and senior author of the paper, said: “Treating active TB before symptoms start could spare patients and their families from unpleasant symptoms, reduce the spread of disease and offer peace of mind to people who are not going to develop active TB.  This study was a promising proof-of-principle, offering new insights into how to develop gene signatures for active TB. The next step will be to develop and test different gene signatures in larger groups of people, with the aim of being able to offer validated tests to patients within the next decade.”

The team previously identified the full blood gene signature for active TB, and various groups around the world have since reproduced this signature and attempted to narrow it down to a handful of genes that could be used in a field test.

The gene ‘signature’ refers to the genes that are either more or less active during active TB, representing the body’s response to the infection. Previous approaches to find the key genes used algorithms to highlight those whose activity changed the most during active TB. However, some of the genes that are most active during TB are also active in other infections such as viral infections.

In the latest study, the team first analysed blood samples from patients across London and Africa with latent and active TB. They used global gene signatures from these patients to develop a panel of 20 key genes, combining computational methods with their understanding of the immune response to exclude genes that signal a more general response to infection. They tested this alongside other gene sets in data from both TB patients and those with viral infections including ‘flu.

The results showed that other gene signatures, developed by other groups using standard methods, inadvertently detected viral infection, since they included more general immune response genes. However, this new study now shows that the new 20-gene signature did not detect viral infections.

“We all know that any viral infections can make us feel unwell for a couple of weeks,” says Anne. “This is likely due to our lingering immune response, which is what blood gene signatures will pick up.”

This 20-gene signature was then tested at the Crick in contacts of TB patients in Leicester, recruited by co-author Dr Pranab Haldar‘s team at the National Institute for Health Research (NIHR) Leicester Biomedical Research Centre, a partnership between Leicester’s Hospitals and the University of Leicester. The signature was not sustained in contacts who remained healthy, while six of the nine who went on to develop active TB showed a strong, sustained signature.

“Being able to track TB patients’ contacts and take monthly blood samples gave us a unique insight into how immune responses develop,” explains Dr Haldar, Senior Clinical Lecturer in Respiratory Medicine at the University of Leicester. “There was a wide variation in the immune response between people, highlighting the limitations of taking a ‘one size fits all’ approach. The next step will be to better understand what the different responses mean and we will need to study larger groups in detail to achieve this. The ability of our signature to distinguish from viral infections is an important step forward for developing reliable tests that we can use in the clinic. In the contacts we saw, the new 20-gene signature performed better than previous signatures but there is still work to be done. We only saw a small number of contacts who developed TB in the group, so we will need to look at much larger groups to refine and develop the techniques.”

This research was published in Nature Communications.