Scientists in the U.S. have identified what they believe to be the genesis of Alzheimer’s disease – the precise point at which a healthy tau protein becomes toxic but has not yet formed deadly tangles in the brain. The finding opens up numerous avenues for treatment research. 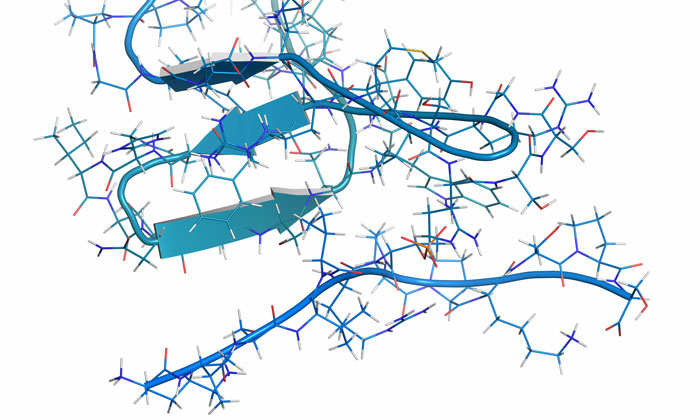 A study from UT Southwestern‘s O’Donnell Brain Institute provides novel insight into the shape-shifting nature of a tau molecule – proteins whose deformity are strongly associated with diseases of the central nervous system – just before it begins sticking to itself to form larger aggregates. The revelation offers a new strategy to detect the disease before it takes hold and has already spawned an effort to develop treatments that stabilise tau proteins before they shift shape.

Commenting on the discovery, Dr Marc Diamond, Director for UT Southwestern’s Center for Alzheimer’s and Neurodegenerative Diseases, said: “We think of this as the Big Bang of tau pathology. This is a way of peering to the very beginning of the disease process.”

“This is perhaps the biggest finding we have made to date, though it will likely be some time before any benefits materialise in the clinic. This changes much of how we think about the problem,” said Dr Diamond, who is a leading dementia expert credited with determining that tau acts like a prion – an infectious protein that can self-replicate.

The study contradicts the previous belief that an isolated tau protein has no distinct shape and is only harmful after it begins to assemble with other tau proteins to form the distinct tangles seen in the brains of Alzheimer’s patients.

Scientists made the discovery after extracting tau proteins from human brains and isolating them as single molecules. They found that the harmful form of tau exposes a part of itself that is normally folded inside. This exposed portion causes it to stick to other tau proteins, enabling the formation of tangles that kill neurons.

Dr Diamond commented that the finding  “moves us backward to a very discreet point where we see the appearance of the first molecular change that leads to neurodegeneration in Alzheimer’s. This work relied on a close collaboration with my colleague, Dr Lukasz Joachimiak.”

Despite billions of dollars spent on clinical trials through the decades, Alzheimer’s disease remains one of the most devastating and baffling diseases in the world. However, Dr Diamond is hopeful the scientific field has now turned a corner, noting that identifying the genesis of the disease provides scientists with a vital target in diagnosing the condition at its earliest stage, before the symptoms of memory loss and cognitive decline become apparent.

His team’s next steps are to develop a simple clinical test that examines a patient’s blood or spinal fluid to detect the first biological signs of the abnormal tau protein. Just as important, however; Dr Diamond explains that efforts are underway to develop a treatment that would make the diagnosis actionable. He cites a compelling reason for cautious optimism as Tafamidis – a recently approved drug that stabilises a different shape-shifting protein called transthyretin that causes deadly protein accumulation in the heart, similar to how tau overwhelms the brain.

“The hunt is on to build on this finding and make a treatment that blocks the neurodegeneration process where it begins,” Dr Diamond said. “If it works, the incidence of Alzheimer’s disease could be substantially reduced. That would be amazing.”