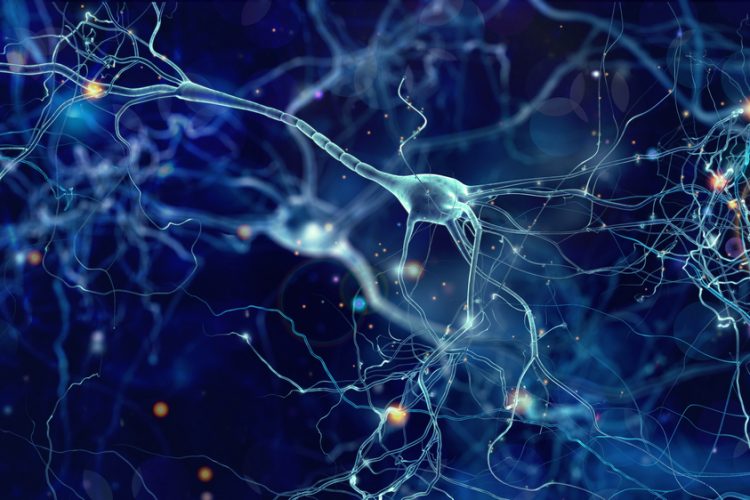 Researchers have found early evidence that tiny snippets of genetic material called microRNA may help with early detection of conditions such as Alzheimer’s disease.

The study found that changes in microRNA are detectable in mice long before they start to show symptoms of neurodegeneration. These microRNA changes may represent an early warning sign, or “biomarker,” for the condition.

“Identifying biomarkers early in a disease is important for diagnosing the condition, and following its progression and response to treatment,” said Hui-Chen Lu, a Professor in the Linda and Jack Gill Center for Biomolecular Science and the Department of Psychological and Brain Sciences, a part of the IU Bloomington College of Arts and Sciences, who led the study. “You need something that can predict your future.”

There is currently no treatment to stop or reverse the effects of neurodegenerative diseases such as Alzheimer’s, Parkinson’s, ALS or Huntington’s. It’s also estimated that Alzheimer’s disease alone, which is the most common of these disorders, will affect 14 million Americans and cost taxpayers $1.1 trillion by 2050.

Unlike regular “messenger RNA,” which direct cells to produce specific proteins, microRNA plays a regulatory role, increasing or decreasing the number of proteins that messenger RNAs encode. A single snippet of microRNA can impact the function of tens or hundreds of proteins in the body.

Due to their stability in urine and blood, there is growing interest in using microRNA as biomarkers for disease prediction and diagnosis. Dr Lu’s study is an early step to learn whether microRNA can be used to detect neurodegenerative disorders.

To explore this question, Dr Lu and colleagues analysed microRNA and messenger RNA in two groups: a healthy group and a group genetically modified to develop symptoms of dementia. The team found the highest level of “dysregulation” — or deviation from normal levels — in the microRNA of the dementia group before their physical symptoms developed.

“Higher levels of pre-symptomatic microRNA dysregulation are significant because it strongly suggests that it may have a role in changes in the brain in later stages,” Dr Lu said.

The team then compared the microRNA changes to the messenger RNA changes to identify biological pathways affected by microRNA dysregulation. Their analysis suggested that changes in microRNA affected pathways related to immunity in the dementia-prone model.

In response, the team then conducted additional tests to study a specific type of microRNA that was elevated in the dementia model. The microRNA — called microRNA 142 — is known to play a major role in inflammation, a part of the immune response.

They found that introducing this microRNA into the brain triggered a significant neuroinflammation. The result is important since many other studies have shown that chronic inflammation contributes to many types of disease, including neurodegeneration, Dr Lu said.

She added that the next step will be to learn whether microRNA 142 is easily detectable through a blood test, a key quality for a truly non-invasive biomarker.

The study has been published in Nature Scientific Reports.