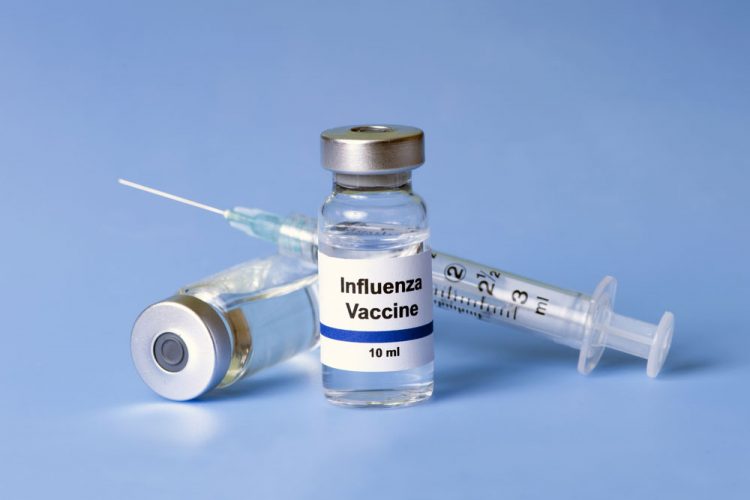 A universal flu vaccine that protects people against most influenza strains is one step closer to reality, with a study from the Perelman School of Medicine at the University of Pennsylvania.

The candidate vaccine elicited a strong antibody response to a structure on the surface of flu viruses, called the hemagglutinin (HA) stalk. It protected mice from infection by various flu strains.

Despite the widespread use of seasonal vaccines, flu viruses in the United States annually cause millions of infections, hundreds of thousands of hospitalisations, and tens of thousands of deaths. The newly described vaccine has the potential to be developed into a universal flu vaccine, which–unlike the current seasonal flu vaccines–could be given a few times over a lifetime to provide protection potentially similar to a tetanus vaccine.

“This vaccine was able to do something that most other candidate flu vaccines have not been able to do,” said study co-senior author Dr Drew Weissman, A Professor of Infectious Diseases. “It was able to elicit protective responses against a conserved region that offers broad protection.”

“If it works in humans even half as well as it does in mice, then the sky’s the limit–it could be something that everyone uses in the future to protect themselves from the flu,” said co-senior author Dr Scott Hensley, an Associate Professor of Microbiology.

Modern viral vaccines typically use lab-grown viral proteins to elicit an immune response that protects people against future exposures to a virus. On the whole, this approach hasn’t worked well against influenza viruses. Flu virus particles are studded with mushroom-like HA proteins, which seasonal flu vaccines use to elicit antibody responses. The problem is that these antibody responses are almost entirely directed against the outermost “head” region of the HA protein, which tends to mutate rapidly. In addition, strains of flu that are prevalent in one flu season are often replaced by other strains with different HA head structures in the next flu season. As a result, seasonal flu vaccines provide incomplete and temporary protection against the flu. This is why they need to be updated every year.

The Penn vaccine does not use flu HA proteins–at least, not directly. Instead, it uses mRNA molecules that encode HA proteins to elicit an antibody response. When injected into a recipient, these RNAs are taken up by immune system dendritic cells and translated into copies of the HA protein by the protein-making machinery within those cells. This within cell production of viral proteins does a better job of mimicking a real flu infection and elicits a very powerful protective antibody response.

“When we first started testing this vaccine, we were blown away by the magnitude of the antibody response,” said Hensley.

This strong response included antibodies against the lower stalk region of the HA. This area has been a favoured target for universal flu vaccines because it does not vary from one flu subtype to another. Seasonal vaccines that use HA proteins normally do not elicit much of a response to the HA stalk, but two injections of the Penn scientists’ mRNA vaccine, four weeks apart, produced a robust anti-stalk response in the mice.

The team observed that after immunisation, these strong antibody responses to the vaccine persisted through the thirty weeks of the experiment. At the end of this period the anti-stalk responses were even stronger than they had been four weeks after immunisation. In addition to the mice, the researchers successfully repeated these experiments in ferrets and rabbits, other species commonly used as vaccine-development animal models.

Having established that the mRNA vaccine can elicit a strong antibody response, including an anti-stalk response, the scientists showed that this response actually protects mice from infection with influenza. A vaccine encoding the H1 subtype kept mice healthy when they were injected with otherwise lethal doses of three flu strains: the same H1 flu virus, a distantly related H1 flu virus, and an H5 strain.

“The next step is to test this in non-human primates and humans,” Hensley said.

mRNA vaccine technology is relatively new but has already been demonstrated in other settings. In 2017, Weissman and colleagues reported in Nature protection against Zika virus in mice and monkeys with just a single injection of a mRNA vaccine.

The mRNA molecules used in these vaccines are modified so that they cannot be recognised by cells as foreign RNAs, which otherwise would trigger an immune reaction that would hamper the vaccine’s effectiveness. The modified mRNAs are also encapsulated in tiny fat-like spheres called lipid nanoparticles, which helps them travel to target cells after being injected.

In principle, due to the ease of making modified mRNAs, vaccines based on them could include modified-mRNA molecules encoding multiple viral proteins, for example, multiple HA subtypes, to broaden their effectiveness.

“If we were to combine our vaccine approach with newly developed HA stalk antigens, it would probably lead to a really good universal vaccine,” Weissman said. The team hopes to begin clinical trials within two years, adding that large-scale production of mRNA should be simple, as a single reaction is used to make any mRNA followed by a single reaction to make the lipid nanoparticles.

The study has been described in Nature Communications.