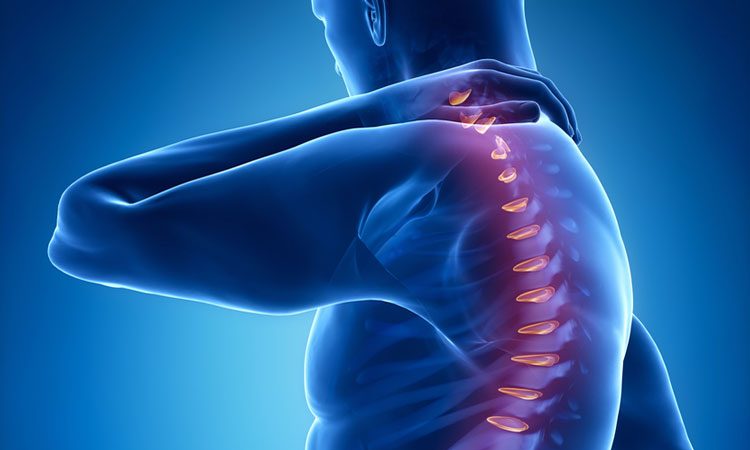 Researchers from the universities in Portugal have demonstrated the potential of tissue regeneration in intervertebral disc (IVD) degeneration.

The study showed the recruitment of regenerative cells and reported increased collagen production. It represents a major breakthrough in the spine field, especially as back pain is estimated to affect over 84 percent of the population at some point in their lives, and current clinical solutions mainly alleviate symptoms rather than address underlying problems.

IVD degeneration is shown through an unbalanced cell catabolic/anabolic activity and cell death. This results in the degradation of the extracellular matrix components and water loss.

The researchers from the Universidade do Porto in Portugal, University Medical Centre in Germany, and the AO Research Institute in Switzerland, hypothesised that repopulating the intervertebral disc with new cells may aid the recovery of tissue homeostasis and revert the process of degeneration.

They studied the regenerative potential of a hyaluronan (HA)-based chemoattractant delivery system, that can recruit mesenchymal stem cells to the intended region. The researchers demonstrated how mesenchymal stem cell recruitment was enhanced and accelerated disc matrix remodelling.

The scientists mentioned that this strategy could open new ways of tackling regenerative medicine, and could overcome the disadvantages of cell transplantation to the degenerated disc.

The study was published in the journal Tissue Engineering.