Scientists have shared a new method that aims to accelerate the discovery of chemical compounds that inhibit a particular enzyme implicated in several cancers. 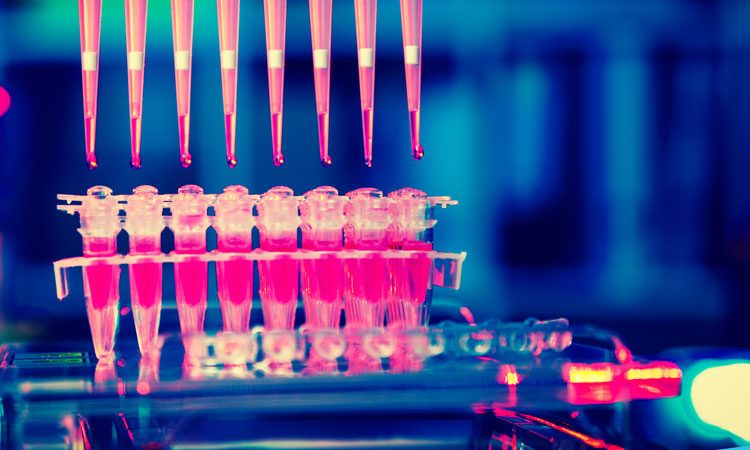 Researchers at the National Center for Advancing Translational Sciences (NCATS), part of the National Institutes of Health, have developed this system to test more than 16,000 compounds and their effect on an enzyme, NSD2.

NSD2 is overactive in cancers such as acute lymphoblastic leukaemia and certain types of multiple myeloma, so inhibiting NSD2 activity represents a promising strategy for treating those conditions. Thus far, however, researchers have been unsuccessful in finding any chemicals that reliably block NSD2; even in a test tube in the laboratory, much less to test as drug candidates in living models.

Commenting on the reason for the difficulty, Matthew Hall, the NCATS scientist who oversaw the new work, said: “There’s a total lack of available chemical probes, druglike molecules, to help study (NSD2) function.” .

Another reason for the lack of success is the difficulty of working with the enzyme in the laboratory. NSD2 modifies histones, the proteins around which DNA is wound. For technical reasons, scientists would ordinarily study this kind of activity using a fragment of the enzyme and a fragment of histone protein, but given that  NSD2 works only on whole nucleosomes – units of histone protein in combination with DNA – this is not possible.

“(NSD2 and similar proteins) are very picky, because they prefer to only act on whole nucleosomes,” Hall said. “They’re snobby when it comes to what they’re willing to interact with.”

Collaborating with the biotechnology company Reaction Biology, Hall‘s team, including lead author Nathan Coussens, developed laboratory tests involving whole nucleosomes that could be used to see whether NSD2 was able to modify histone proteins in the presence of various compounds. The compounds the team tested came from NCATS’s massive library of bioactive chemicals.

Finding a compound that appears to block NSD2 activity, however, is only the beginning. To confirm that the chemicals identified in the initial massive screen were indeed bona fide inhibitors that would reliably and reproducibly perform this function in future studies, the NCATS team needed to use multiple types of biochemical methods to confirm the activity of each compound.

“We screened 16,000 molecules, and we got 174 hits, but that doesn’t mean they all really work,” Hall said. “When we whittle away through the (additional screening methods), we get down to 44 molecules. You triage candidates out of your screen after you rigorously ask your molecule to prove itself to you.”

With several molecules now having proven themselves in this round of screening, Hall‘s team hopes to continue the search for reliable NSD2 inhibitors that can be used as research tools and then, further down the road, possibly as medicines.

“We are in the process of planning to screen hundreds of thousands of molecules in order to find molecules that can be optimised for inhibition of NSD2 and disseminate these to the research community,” Hall said.

The paper was published in the Journal of Biological Chemistry.