Individualised therapies that target the specific genetic features of tumours have the potential to transform cancer diagnosis, treatment and care. However, several challenges remain before these approaches can be widely used in the clinic. 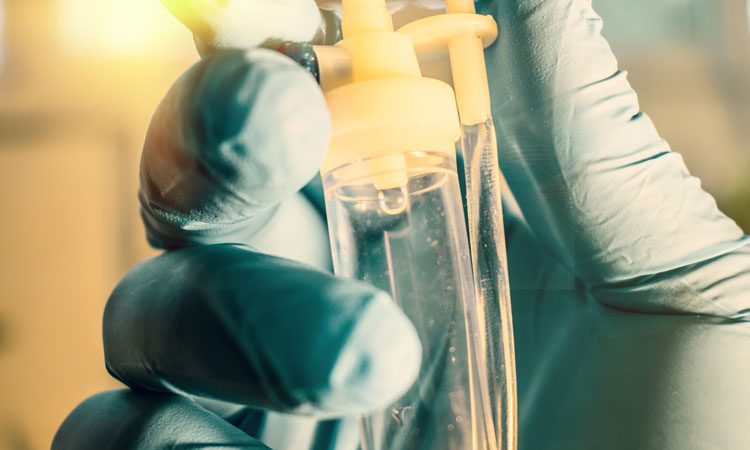 Two DNA testing programmes have been implemented in institutes in Spain and the UK, attempting to match patient tumour profiles with targets of early clinical trials, and to embed whole genome sequencing (WGS) in routine oncology practice, respectively. The results of these programmes illustrate that new sequencing techniques and process restructuring at the system level can be the drivers of a model that promises new opportunities for personalised treatment for the greatest number of patients.

In 2010, the Vall d’Hebron Institute of Oncology (VHIO) in Barcelona, Spain, introduced a molecular pre-screening programme (MPP) to match genomic alterations in patients’ tumours to targeted drugs and immunotherapies being tested in early clinical trials (ECTs). A recent assessment of the programme’s clinical utility shows that the rapid evolution of sequencing techniques over the last eight years has progressed in pace with the increase in alterations being targeted in biomarker matched trials.

All forms of cancer – of which there are over 200 – are caused by errors in DNA, known as genetic mutations, that cause cells to grow abnormally fast. In the last decade, cancer genomics research, based on sequencing the full DNA (or genome) of tumours, has progressed due to several international initiatives that have catalogued countless alterations found in the tumour tissue of tens of thousands of patients. These studies revealed that tumours comprise several subsets of molecules, each driven by distinct alterations, suggesting that they could be treated according to their individual molecular landscape.

Susana Aguilar, responsible for the MPP review, said: “When we started the programme, there were 13 phase I trials open at our institute, 11 of which were for drugs that targeted the same gene mutation. By 2017, the number of trials had increased tenfold and targeted a much broader array of alterations – 40% were immunotherapy trials. The MPP grew accordingly, from 207 patients screened in 2010 to 1,168 tumours analysed in 2017.”

Initially, patients were screened using so-called IHC (immunohistochemistry), FISH (fluorescence in situ hybridisation) analyses and hotspot mutation panels to search for alterations in a small number of genes and proteins known to play a role in cancer. In the last three years, next-generation sequencing (NGS) was implemented alongside other multigene assays to allow screening for mutations in as many as 61 genes simultaneously.

By 2017, these new molecular profiling techniques were used in most patients in the MPP: 10% of patients were enrolled in early clinical trials as a result, based on 18 different biomarker matches. “This proportion may seem low, but it is partly due to many other factors that determine patients’ eligibility for a trial, including their overall clinical condition, distance to get to the hospital and treatment alternatives available,” Aguilar explained. “Going forward, the clear trend in favour of immunotherapy trials will guide us in our implementation of new markers and tools to identify them in patients.”

Carmen Criscitiello of the European Institute of Oncology in Milan, Italy, commented on the findings: “The evolution of sequencing techniques has allowed us to look for a wider array of mutations. For many of these, there is no registered drug available to target them. That’s why a key approach to implementing personalised medicine in the management of advanced-stage cancer is to develop clinical trials that show the effectiveness of drugs in cohorts of patients defined by the same genomic alteration,” she said.

“As these trials target more and more distinct alterations in smaller and smaller populations, the main challenge now is patient accrual: with targeted mutations detectable in less than 10% of tumours, we need to screen huge numbers of individuals to find just a handful of people eligible for a trial. Managing the expectations of the many patients for whom analyses don’t lead to any meaningful treatment options is an issue that oncologists urgently need to address,” Criscitiello added.

Refining consent models for clinical use

In the UK, the 100,000 Genomes Project is the cornerstone of the country’s Personalised Medicine Strategy. As part of this project, an initiative of the National Health Service (NHS) has sought to establish standard operational processes for whole genome sequencing (WGS) of patients’ tumours in routine clinical practice. The results of this project indicate that new consent models and coordinated processes for sample collection could make genetic testing for cancer patients viable on a large scale.

Jane Rogan of the Manchester Cancer Research Centre (MCRC) Biobank, which coordinated sample collection and delivered the project for the Greater Manchester area, explained the initial challenges: “One major topic from the start was the length of the consent form: we needed patient consent not just to store their tissue samples in our biobank, but also to sequence the tumour tissue. The former had to be obtained before the surgery to harvest the sample – a time when some patients didn’t even have confirmation of their diagnosis yet, and many were in a state of distress,” she said.

“To avoid subjecting patients to lengthy discussions about genomic consent unnecessarily, we introduced a two-tiered model whereby the second level of consent was requested only after sample eligibility had been confirmed.”

“Another constraint was that only frozen tumour samples could be admitted for analysis. The most common medium for sample preservation is formalin, but this is not ideal for DNA extraction,” said Rogan. “To ensure that as many patients as possible could be recruited while simultaneously minimising sample failure rates – due to improper preservation or insufficient tumour content, for instance – we had to integrate our biobanking activity with standard clinical pathways.”

This included the rollout of a shared patient tracker to record the status of candidates for the project, a process to guarantee the overnight refrigeration of samples collected outside the working hours of pathology departments, and a “biopsy pathway” to give patients access to the project outside of the surgery setting. “To date, about 900 samples from 18 different tumour types have been submitted for whole genome sequencing in Manchester: since we started collecting them, we have been able to reduce failure rates by over 10%,” Rogan reported.

Reflecting on these achievements, she added: “WGS has the potential to change our entire health system. Bringing it into routine cancer care is expensive – but when we spend money on appropriate diagnosis and finding the right treatment, we save money on ineffective therapies that don’t help patients but do have a long-term healthcare cost.”

Criscitiello commented: “The significant number of samples collected and the 10% reduction of failure rates show that the implemented system was successful. The clear takeaway from this is that although it may be feasible to use WGS as a standard clinical tool, it can work only if there is structured cooperation between all the professional players involved: oncologists, pathologists, research facilities, service providers and hospitals.”

Patients are already benefitting from the first tailored therapies that target their tumours’ genetic mutations: BRCA1 and BRCA2 genes, for example, are important for repairing the damage that routinely occurs to DNA throughout a cell’s lifecycle. Mutations of these genes within a cell can lead to DNA repair errors and ultimately to the cell’s death. In ovarian and breast cancers where such alterations are present, targeted drugs are used successfully to accelerate the death of tumour cells.