A team of scientists led by Stanford University School of Medicine has identified a link between how proteins bind to our DNA and how cancer develops. This finding may allow researchers to predict cancer pathways and long-term patient outcomes. 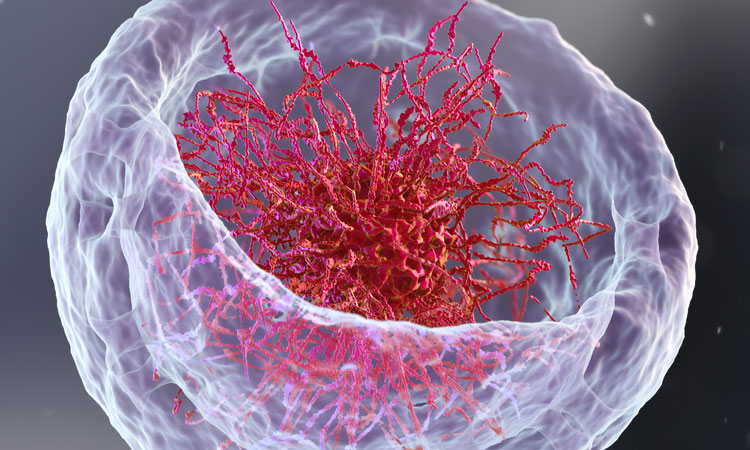 The research focuses on chromatin – the complex of DNA and proteins where all genes reside – and evaluates chromatin’s relationship to transcription factors (proteins that play a crucial role in managing those genes that are activated within cells). Certain genes are turned on or off based on how transcription factors bind to specific parts of the chromatin. The study found that these binding patterns and the resulting gene activation act like a key to different cancer types, allowing the researchers to understand the biology of cancer at its most basic level.

Cancer causes a massive burden on society and is among the leading causes of death worldwide. However, diseases that once seemed intractable now have functional treatments, said Chang, who is also the Virginia and D.K. Ludwig Professor of Cancer Genomics. “So, with continued work, cancer is something we can actually make sense of,” he added.

Corces said that cancer is “a disease of genes gone awry.” However, in order to understand where these harmful genes come from, the researchers had to look inside the nucleus to the cell’s transcription process.

Transcription occurs when the cell takes information encoded in a gene and rewrites it in the form of messenger RNA. The DNA within a cell’s nucleus is tightly wound together with particular proteins into a threadlike structure known as chromatin, and that chromatin is further coiled to form a larger structure called a chromosome. As a result of this coiling action, only certain areas of the chromatin sequence are accessible to the cell’s transcription machinery. When a transcription factor finds an available section of chromatin and binds to it, that region of the DNA sequence unzips, allowing transcription to occur. However, in the case of cancer, the transcription process malfunctions, resulting in a change in gene activation.

To understand exactly what goes wrong during this critical stage, the researchers used 410 tumour samples, representing 23 different cancer types, from The Cancer Genome Atlas and a newly-developed technique called assay for transpose-accessible chromatin using sequencing, or ATAC-seq. As Chang explained, ATAC-seq is like spray-painting your DNA but only the accessible chromatin gets painted, giving researchers a fast and easy way to identify key protein-binding areas.

One finding showed that mutations can occur within the chromatin sequence, thereby creating a new and accessible site for a transcription factor to bind. Once the protein attaches to the site, a new gene is expressed, causing significant biological changes.

An example of this occurred with bladder cancer tissue that the researchers examined. When the team performed ATAC-seq on the tissue, they noticed that a chromatin mutation created a new protein-binding site that was associated with a strong increase in the activity of a neighbouring gene that regulates cell size, motility and shape. All of these are classic factors in cancer growth. Still more interesting was that this particular mutation was not present in the other cancer tissues analysed in the study, suggesting that different cancer types may arise from different chromatin mutations.

“These switches that determine gene activity were our missing component,” Chang explained. “We can now find how these switches are changing cancer, including mutations that make the switch get stuck in the on position.”

The vast majority of genetic research is focused on the two percent of our DNA that is used to create proteins. In the current study, Chang chose to explore the other 98 percent. Termed the “noncoding” section, this part of our DNA is used to make crucial regulatory components that control gene behaviour and activation. It also includes information that is pertinent to cancer.

Through this work, Chang hopes to open the door to understanding the breadth of the human genome, and cancer itself. Moving forward, the team expects far more research aimed at discovering and understanding the effects of these noncoding sequences.

Although the team’s findings have yet to be applied in a clinical setting, the researchers believe their work will be useful in the development of better cancer prognoses, more information on patient susceptibility to cancer, and new treatments that are more localised and effective.

Beyond its potential clinical impact, Corces said he believes the research provides valuable knowledge about cancer gene regulation. “Other people are undoubtedly going to use this chromatin accessibility data to further understand how networks of genes effect cancer,” he said.