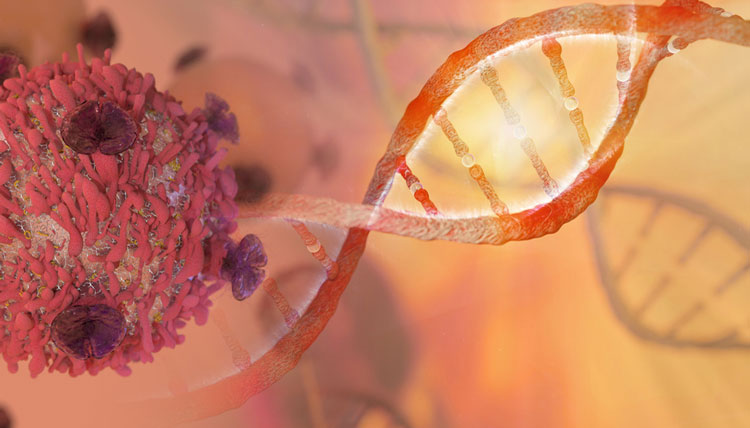 Scientists have implemented a novel structurally designed synthetic DNA vaccine to simultaneously target multiple members of a family of proteins that are specifically overexpressed in several types of cancer. This approach addressed a difficult issue in cancer immunotherapy, specifically how to simultaneously drive antitumor immune responses against multiple tumour antigens in a single, easily delivered formulation.

The new strategy could simplify immunotherapy treatment and may prevent cancer escape from immune pressure as the immune system could attack cancer at multiple susceptible target points. The new vaccine, targeting the human cancer-associated MAGE-A family of proteins, is effective and safe in a melanoma preclinical model.

Because their expression is restricted to tumour cells, proteins belonging to the MAGE-A family represent promising targets for immunotherapy. Yet, cancer vaccines targeting the original MAGE-A3 member, which has the highest expression in several solid tumours, have thus far failed to demonstrate efficacy in clinical trials.

In an attempt to solve this conundrum and advance the clinical applications of this promising immunotherapy, researchers at the Wistar Institute performed a thorough analysis of the expression levels of all the twelve proteins in the MAGE-A family in human cancers. They observed that many of the MAGE-A members, and not just MAGE-A3, are highly expressed on tumour cells in several cancer types, some of them being present simultaneously in the same patient. These findings suggest that previous vaccines with a limited focus on one target were likely not effective in driving strong T-cell immunity because of the natural immune dampening system is known as immune tolerance.

“CD8+ T cells are the predominant effectors in the response to immunotherapy; we can think of them as the Navy Seals of cancer immunology,” added Dr Weiner.

Importantly, the vaccine significantly slowed tumour growth and prolonged survival in a mouse model of melanoma. The researchers observed reduced invasion in the skin, which was associated with accumulation of CD8+ T cells into the tumours, demonstrating the ability of the vaccine to drive antitumour immunity of importance for melanoma therapy.

“Our cross-reactive vaccine has a significant advantage in preventing tumour escape compared to previously designed MAGE-A3-specific vaccines,” said Dr Elizabeth K. Duperret, postdoctoral fellow in the Dr Weiner Lab and first author on the study. “Patients whose tumors express multiple members of this family of antigens represent an important group to study the benefits of this immunotherapy approach.”

The study has been published online in Clinical Cancer Research.

Application note: Metagenomic analysis of the microbiome with MagMAX