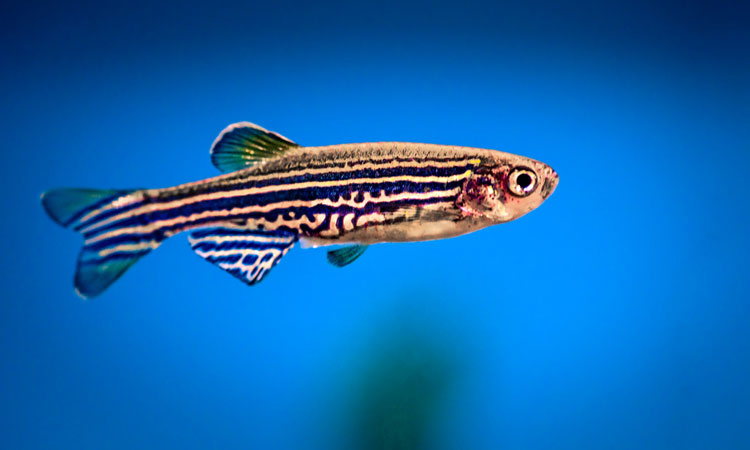 A common gut bacterium in zebrafish has been found to secrete a protein that reduces inflammation in the gut, delaying death by septic shock.

Researchers at the University of Oregon examined how the protein called the Aeromonas immune modulator (AimA), benefits both the bacteria and their hosts – the zebrafish.

Dr Karen Guillemin, Professor of Biology and a member of the Institute of Molecular Biology said, “One of the major questions about how we coexist with our microbial inhabitants is why we don’t have a massive inflammatory response to the trillions of the bacteria inhabiting our guts.

“We set out to test whether gut bacteria actively secrete factors that prevent an excessive inflammatory response, which would be detrimental not only to the host but also to the bacterial residents.”

“We used zebrafish as a model host because we could perform many tests and search in an unbiased way for new anti-inflammatory factors,” she said.

The research team used protein crystallography to determine the 3D structure of the protein, after identifying that the amino acid chain making up the protein looked like no other protein previously described. When the team viewed the protein in 3D, AimA presented a structure similar to that of a class of proteins called lipocalins, which include proteins that encourage inflammation in humans.

“That structural similarity suggested to us that the bacterial protein may function like the human protein” Prof Guillemin said. “In particular, rather than doing something specific to counteract inflammation caused by one kind of bacteria, maybe it was doing something more generally to temper the host’s immune response.”

The research team found that when zebrafish were delivered an AimA deficient version of the bacterium, the animals suffered increased intestinal inflammation.

“The bacteria were [also] experiencing this inflammation, which is detrimental to them,” Prof Guillemin said.

“Inflammation involves the production of antimicrobial compounds like reactive oxygen species that are designed for clearing bacteria, so, now, a beneficial bacterium is going to be at a disadvantage if it’s experiencing too much of this inflammatory response.”

The team found that the AImA protein benefitted both the bacterium and the host animal, and so represents a new class of bacterial effector proteins – a term called mutualism factors by the researchers.

The findings of this study can be applied to a huge range of human diseases that are linked to excessive inflammation. The team suggests that bacteria living inside humans could be potential source of novel anti-inflammatory molecules.

The study was reported in the journal eLife.