Currently used for breast cancer, tamoxifen could be useful in preventing the progression of myotubular myopathy, a severe genetic disease… 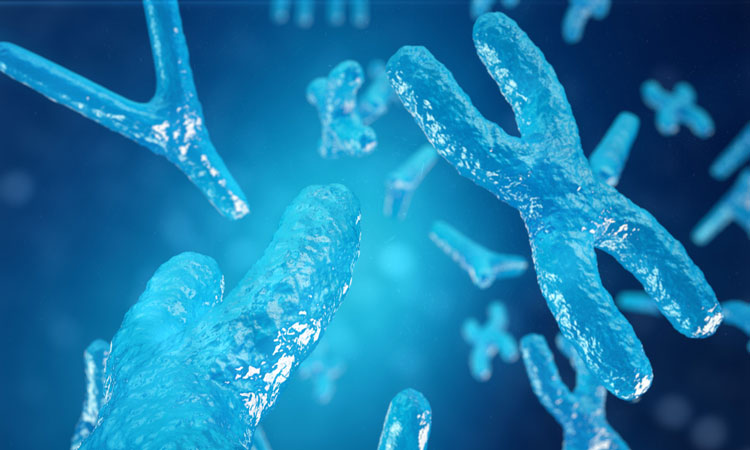 Myotubular myopathy is a severe genetic disease that leads to muscle paralysis from birth and results in death before two years of age. Although no treatment currently exists, researchers from the University of Geneva (UNIGE), Switzerland – working in collaboration with the University of Strasbourg, France – have identified a molecule that not only greatly reduces the progression of the disease but also boosts life expectancy in animal models by a factor of seven. Since the molecule – known as tamoxifen – is already used for breast cancer, the researchers hope to soon set up a clinical trial so that patients can be given the medication.

Myotubular myopathy is a severe genetic disease that weakens all the skeletal muscles from birth. Ninety percent of affected babies do not live to two years of age. “The disease affects the X chromosome in one in 50,000 male infants,” began Professor Leonardo Scapozza,  at the School of Pharmaceutical Sciences at UNIGE’s Faculty of Science. Only boys are struck by myotubular myopathy, since the second X chromosome in girls generally compensates for the possible mutation of the first.

Although there is no existing treatment for this genetic defect, valuable research in gene therapy is currently underway. “But it will take years before we can come to a conclusion about how effective the clinical trials are,” pointed out Olivier Dorchies, a researcher in the School of Pharmaceutical Sciences. “That’s why we turned to a molecule that is already authorised for other treatments in humans, in the hope of finding a quicker way to counter this life-threatening disease.”

The researchers focused on tamoxifen, which has been used for many years to treat breast cancer, because the molecule has several interesting properties for protecting muscle fibres: it is an antioxidant, anti-fibrotic and protects the mitochondria. “In a previous study, we used tamoxifen against Duchenne muscular dystrophy, which is also an inherited muscular disease that affects one in 3,500 boys, where the life expectancy is 30 years,” explained Elinam Gayi, a PhD student in UNIGE’s School of Pharmaceutical Sciences. “The results have been excellent, and a clinical trial is also in progress.” This is why the scientists have been looking at the molecule in an attempt to combat myotubular myopathy, which – although it also leads to muscular paralysis – does not have the same mechanisms of action as Duchenne.

“Myotubular myopathy is caused by a lack of myotubularin, an enzyme that transforms the lipidic messengers. Without it, the protein known as dynamin 2 accumulates and brings on muscle atrophy,” continues Elinam. In the search for a cure, one of the avenues explored by several groups – including UNIGE’s colleagues in Strasbourg – is to target dynamin 2, which is modulated by tamoxifen.

An untreated sick mouse lived for 45 days on average. With the lowest dose, the average life expectancy was 80 days, rising to 120 days with the intermediate dose. “But with the biggest dose, life expectancy went up to 290 days on average – seven times higher than for an untreated mouse. Some even survived for over 400 days!” said Professor Scapozza. In addition, the progress of the paralysis was slowed down enormously or even completely stopped. Muscular strength was tripled, and it was possible to recover 60 percent of the muscular deficit between a healthy mouse and a sick mouse.

The scientists began the treatment when the mice developed the first symptoms, namely paralysis of the hindlegs at about three weeks. However, they have not ruled out that administering the drug earlier might be more efficacious against muscle weakness. “In parallel to our study, a team from the Children’s Hospital of Toronto tested the drug on even younger mice, and the disease did not develop,” said Olivier. “The problem is that in humans, myotubular myopathy starts during foetal development, so it’s hard to know whether the total absence of paralysis might be achieved if this molecule is given after birth.”

Elinam added: “Since tamoxifen is already authorised for use in humans, and a clinical trial is underway for Duchenne muscular dystrophy, we’re hopeful that a clinical trial will come on line within a couple of years.” It is now up to clinicians to make the most of our research and put it into practice.

The UNIGE researchers will continue to explore the multiple uses of tamoxifen for treating genetic muscle diseases. They will try to combine it with other authorised molecules or in the final phase of clinical development. The goal will be to find treatments that can be put on the market quickly.