Software that overlays tumour information from MRI scans onto ultrasound images could help to highlight areas of concern, and to detect and target cancer… 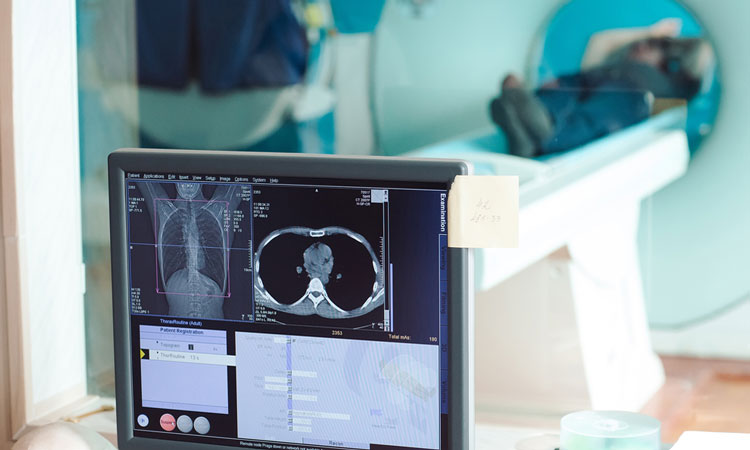 A team of engineers and medical researchers found that the technology enabled surgeons to pick up clinically relevant cancers that were missed when using current visual detection methods. According to the study, the best approach would be to use both techniques in tandem.

The software is deployed via a system called SmartTarget.

The advent of MRI-targeted biopsies, where MRI scans are used to inform surgeons where a tumour lies before they conduct a biopsy (tissue sample), has improved detection rates to close to 90 percent from 50 percent in the last five years.

Now, the SmartTarget system has further enhanced this technique by allowing a 3D model of the prostate and cancer to be created for each patient from their MRI scans using advanced image processing and machine learning algorithms.

During a biopsy, this model is fused with ultrasound images to highlight the area of concern, which otherwise does not appear in the ultrasound images, helping to guide the surgeon while conducting the procedure.

Until last year when MRI targeting was introduced, the established way to test for prostate cancer involved taking a biopsy from the prostate without knowing where in the prostate a tumour was likely to be, resulting in close to half of life-threatening cancers being missed.

“Prostate cancer detection has been improving at a very fast rate in recent years, and this technology pushes the science forward even further, enabling clinicians to pick up prostate cancer quickly so that patients can access the right treatment early enough,” said co-senior author Professor Hashim Ahmed, who began the research in UCL Medicine before moving to Imperial College London.

For the present study, 129 people with suspected prostate cancer underwent two biopsies – one using the SmartTarget system, and one where surgeons could only visually review the MRI scans. Funded by the UK Department of Health and Social Care and Wellcome Health Innovation Challenge Fund, the study was conducted at UCLH. The two strategies combined detected 93 clinically significant prostate cancers, with each of them picking up 80 of these cancers; each missed 13 that the other method picked up.

The researchers say that surgeons’ visual review of MRI scans should be used in tandem with SmartTarget as using this technique enables surgeons to learn to make subtle adjustments such as adapting to the movement of the patient and the prostate as the needle is inserted.

“We developed the SmartTarget system to equip surgeons with vital information about the size, shape and location of prostate tumours during a biopsy that is otherwise invisible on ultrasound images,” explained co-senior author Dr Dean Barratt, UCL Medical Physics & Biomedical Engineering and UCL Centre for Medical Image Computing, who invented and led the development of the SmartTarget system.

“The software provides them with a clear target. As MRI-targeted biopsies require a very high degree of expertise and experience, we hope that the imagery displayed by SmartTarget will help to bring high accuracy prostate cancer diagnosis to a much wider range of patients and hospitals.”

The researchers say the new methods could reduce the number of biopsies needed, and reduce the unnecessary surgeries caused by over diagnosis of less harmful cancers.

The SmartTarget software has been commercialised by SmartTarget Ltd, a company spun out by UCL’s commercialisation company UCL Business PLC (UCLB), and the system is already in use by several hospitals in the UK and USA.

The inter-disciplinary study brought together engineers, urologists and radiologists, supported by the UCL Translational Research Office in project management and navigating the translational and regulatory pathway involved in taking the project from the lab bench to the operating room.

“There has been much discussion and speculation in the media recently on the degree to which computers and artificial intelligence will be integrated into clinical care. Studies such as this one are extremely important as they provide valuable evidence on the performance of a new technology in the clinical setting,” said co-senior author Professor Mark Emberton (Dean, UCL Medical Sciences).

“With this study we now have hard data showing that SmartTarget is as good as a group of experts in targeting tumours in the prostate, and have a glimpse of how clinicians and computers will be working together in the future for the good of the patient.”

The study was published today in European Urology.