Research has shown how the same species of bacteria compete for space on human tissue, with researchers saying the mechanism could be used in research… 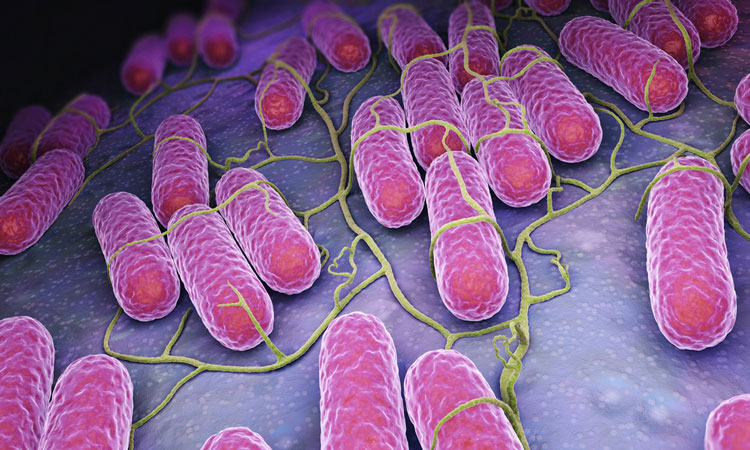 A study has found that any strain of Streptococcus pneumoniae bacteria that is in a mammals tissue first, would be dominant over other competitors of the same species.

A well-accepted principle in the animal kingdom – from wasps to deer – is that creatures already occupying a habitat nearly always prevail over competitors from the same species that arrive later. Such infighting for the same territory may be deemed “wasteful” by nature.

While the mechanisms that enable “owners” to outcompete “intruders” typically involve a brain that drives such behavior, a new study led by researchers at NYU School of Medicine found this principle to be in play in some bacteria as well – bacteria that declare “ownership” of human host tissue to rival strains and with no brain required.

Results of the study argued that whatever strain of Streptococcus pneumoniae is in place in a mammal’s tissues first is the one more likely to thrive than Strep “latecomers.”

“With Strep infections costing the lives of nearly a million children under five each year globally, we are urgently seeking new ways to defeat bacteria by learning more about how they compete with each other,” said senior study author Dr Jeffrey Weiser, Chair of the Department of Microbiology at NYU Langone Health.

“Nearly all available classes of antibiotics were discovered by studying how microbes kill rivals, including the mechanism used by fungal bread mold to kill bacteria, which yielded penicillin,” said Dr Weiser, also the Jan T. Vilcek Professor of Molecular Pathogenesis.

Taking a step back, past studies have established that bacteria engage certain mechanisms only when an infection matures to the point where the bugs have multiplied beyond a population density threshold, known as a “quorum.”

The new study suggests that among the mechanisms initiated by a Strep quorum is release of two toxins – choline binding protein D (CbpD) and the competence-induced bacteriocins (CibAB). These toxins kill intruding, competing strains. The owners, however, also release other factors that protect them from their own toxins. Their newly arriving relatives, not yet having a quorum, do not yet have their defenses in place.

Still other studies have pointed to the concept that once the intruder bacteria die, they burst and spill their DNA into the extracellular space. This enables the bacteria that killed them to “sample” their DNA, pulling in and using any genes that help the owner to survive, or to defeat antibiotics.

Related to this process is the idea of “competence,” or the ability of a bacterial cell to incorporate foreign DNA, a function that is regulated in Strep by a set of genes called the competence regulon.

Pulling all of these factors together, the new study finds that the mechanism conferring advantage on owner strains is, in fact, the quorum-sensing, competence regulon-induced production and release of bacteriocins like CibAB to kill newly arriving competitors.

Rather than spending energy to have strains fight for dominance, the study authors say, Strep has evolved to fix the fight for the early bird to achieve overall efficiency based on quorum-sensing instead of behavior. This phenomenon could explain the increased instances seen in human infections, where more strains of Strep persist than would be predicted by population models, Prof Weiser said.

The team also used mathematical modeling to support the idea that competence regulon activation has a significant role in competition for dominance, even for strains with different competitive advantages, and that owner dominance manifests quickly.

Within even six hours, for instance, the researchers found that the presence of the owner strain inhibited the long-term presence of, or “colonisation” by, intruders of the same species in the airways of mice, even when the two competing strains had the same genes.