A study has found that the human protein, RBBP6, helps fight Ebola virus by interfering with the virus replication cycle… 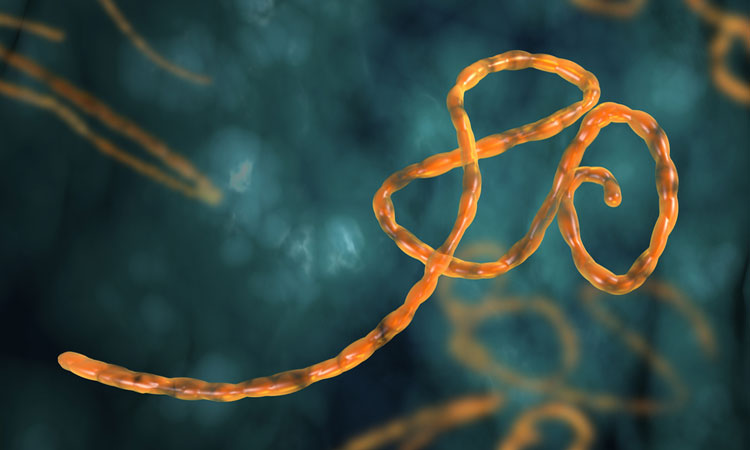 Researchers have discovered a human protein that helps fight the Ebola virus and could one day lead to an effective therapy against the deadly disease, according to a new Northwestern Medicine study.

The newly discovered ability of the human protein RBBP6 to interfere with Ebola virus replication suggests new ways to fight the infection. As viruses develop and evolve proteins to bypass the body’s immune defenses, human cells in turn develop defense mechanisms against those viruses – an evolutionary arms race that has been ongoing for millions of years. This particular defense mechanism has therapeutic potential, said co-lead author Dr Judd Hultquist, Assistant Professor of medicine in the division of infectious disease at Northwestern University Feinberg School of Medicine.

“One of the scariest parts about the 2014 Ebola outbreak was that we had no treatments on hand; tens of thousands of people became sick and thousands of people died because we lacked a suitable treatment,” Prof Hultquist said. “What we envision is a small molecule drug that mimics this human protein and could be used in response to an Ebola virus outbreak.”

A small molecule drug is the ultimate goal because these are able to enter cells more easily and, therefore, be more effective.

The research was a close collaboration between Prof Hultquist’s lab at Feinberg and labs at Georgia State University and the University of California, San Francisco.

The Ebola virus, like other viruses, invades host cells and uses them to replicate, usurping cellular processes to build viral proteins, which eventually become new copies of the virus. In the current study, Prof Hultquist and his collaborators used mass spectrometry – a technique that identifies specific elements in a sample by mass – to search for interactions between human proteins and Ebola virus proteins. They found strong evidence for an interaction between the Ebola virus protein VP30 and the human protein RBBP6.

“If you take that peptide and put it into human cells, you can block Ebola virus infection,” Prof Hultquist said. “Conversely, when you remove the RBBP6 protein from human cells, Ebola virus replicates much faster.”

Emerging diseases will impact new regions as the world continues to become more interconnected and globalised, Prof Hultquist said. In addition, the looming specter of climate change promises to broaden the reach of vector-borne diseases – by expanding the range of mosquitos, for example – requiring new strategies in curbing disease outbreaks.

Until recently, many diseases in the developing world, including Ebola virus, have been comparatively understudied, Prof Hultquist said.

“It wasn’t until the outbreak of 2014 that other countries started seriously worrying about the potential for a larger epidemic,” Prof Hultquist said. “It’s no longer going to be a local problem that people can afford to ignore. We should be taking a much more proactive stance against some of these neglected viruses and be studying them in real time — so the next time an outbreak does occur, we’re ready for it.”