A specific type of MRI, neuromelanin-sensitive magnetic resonance imaging, could lead to the measurement of a psychosis biomarker… 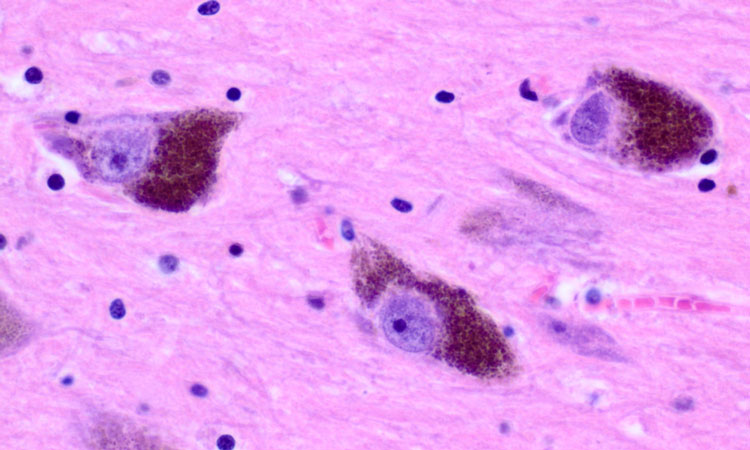 Scientists, funded by the National Institute of Mental Health (NIMH) have shown that neuromelanin-sensitive MRI (NM-MRI) could be a potential biomarker for psychosis.

NM-MRI signal was found to be a marker of dopamine function in people with schizophrenia and an indicator of the severity of psychotic symptoms in people with this mental illness.

“Disturbances affecting the neurotransmitter dopamine are associated with a host of mental and neurological disorders, such as schizophrenia and Parkinson’s disease,” said Dr Joshua A. Gordon, Director of NIMH.

Neuromelanin is a dark pigment created within dopamine neurons of the midbrain – particularly in the substantia nigra, a brain area that plays a role in reward and movement. Neuromelanin accumulates over the lifespan and is only cleared away from cells following cell death, as occurs in neurodegenerative disorders such as Parkinson’s disease. Researchers have found that NM-MRI signal is lower in the substantia nigra of people with Parkinson’s disease, reflecting the cell death that occurs in these patients.

“The main advantages of this technique are that, compared to other established and more direct measures of dopamine function, neuromelanin-sensitive MRI does not involve radiation or invasive procedures,” said Dr Horga.

“This advantage makes it more suitable for pediatric populations and for repeated scanning, which could be useful to monitor the progression of illness or response to treatment – and it only takes a short scan that could be implemented in most clinical scanners. It also affords a very high anatomical resolution compared with PET measures, which is important to examine functions or dysfunctions of specific parts of the substantia nigra.”

The researchers next sought to determine whether NM-MRI could capture variations in neuromelanin in smaller anatomical subregions within the substantia nigra. Since dopamine function is thought to differ significantly in different parts of the substantia nigra, researchers needed to determine the ability of this tool to capture these anatomical differences.

A next critical step was to show a connection between NM-MRI and dopamine function. The researchers collected measurements of dopamine release capacity (as measured using positron emission tomography (PET)) and NM-MRI data from people without neurodegenerative illnesses. Individuals with a higher NM-MRI signal had greater dopamine release capacity in the striatum (a core component of reward, motor, and cognitive systems). The researchers also found that NM-MRI signal in the substantia nigra was associated with functional MRI measures of regional cerebral blood flow.

Lastly, the researchers examined the link between NM-MRI signal and psychosis severity, finding that more severe symptoms of psychosis were associated with higher NM-MRI signals in the nigrostriatal pathway of individuals with schizophrenia and in those at-risk for schizophrenia. Psychosis is associated with dopamine system dysfunction, characterized by greater dopamine release and synthesis capacity in the striatum. The findings suggest that NM-MRI is capturing this dopamine dysfunction, supporting the role of NM-MRI as a potential biomarker for psychosis.

The findings reported in this study, taken together, validate the use of NM-MRI in populations beyond those with neurodegenerative disorders, showing it can serve as a measure of neuromelanin concentration and dopamine function in the substantia nigra.

In describing the future directions of their research, Dr Horga said, “We are now extending this work to see if we can detect abnormalities in neuromelanin signal that help us predict which individuals are more likely to develop a psychotic disorder among those who already show early symptoms of psychosis. We are also interested in exploring whether neuromelanin-sensitive MRI could be used in the future to determine who might best benefit from dopaminergic treatments.”

The study was published in the journal Proceedings of the National Academy of Science.