Scientists have discovered an unexpected weakness in the influenza virus protein. 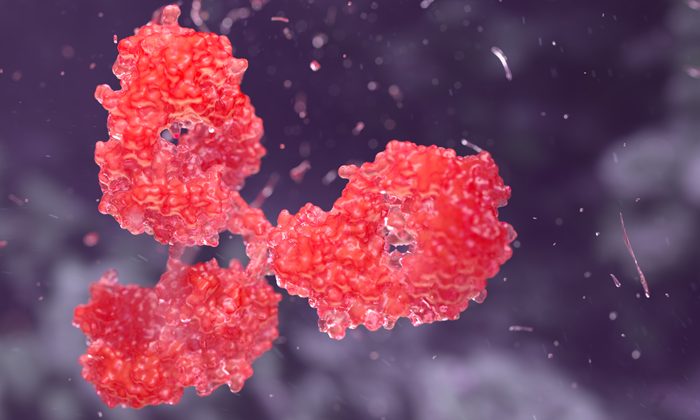 The scientists, funded by the National Institute of Allergy and Infectious Diseases (NIAID), discovered and characterised the structure of a naturally occurring human antibody that recognises and disrupts a portion of the hemagglutinin (HA) protein that the influenza virus uses to enter and infect cells.

The investigators determined that the antibody, FluA-20, binds tightly to an area on the globular head of the HA protein that is only very briefly accessible to antibody attack.

The team, led by James E. Crowe, Jr, MD, of Vanderbilt University Medical Centre, Nashville, Tennessee, and Ian A Wilson, DPhil., of The Scripps Research Institute, San Diego, California, then isolated FluA-20 antibody from a person who had received many influenza immunisations. Then, in a series of experiments, showed that FluA-20 can ‘reach into’ an otherwise inaccessible part of the three-part HA trimer molecule and cause it to fall apart, thus preventing the spread of virus from cell to cell.

This region of trimeric HA was thought to be stable and inaccessible to antibodies and (unlike the rest of HA’s head) varies little from strain to strain. In theory, antibody-based therapeutics directed at that precise region would be effective against many strains of influenza A virus.

Similarly, vaccines designed to elicit antibodies against this target might provide long-lasting protection against any influenza strain, potentially eliminating the need for annual seasonal influenza vaccination.

In mouse studies, FluA-20 prevented infection or illness when the animals were exposed to four different influenza A viral subtypes that cause disease in humans.

Two viruses used in the experiments, H1N1 and H5N1, are Group 1 influenza subtypes, while the two others, H3N2 and H7N9, are members of Group 2. Current influenza vaccines must contain viral components from both subtypes to elicit matching antibodies. A single vaccine able to generate potent antibodies against members of both groups could provide broad multi-year protection against influenza.

This study, ‘A site of vulnerability on the influenza virus hemagglutinin head domain trimer interface’ by S Bangaru et al. was published in Cell.