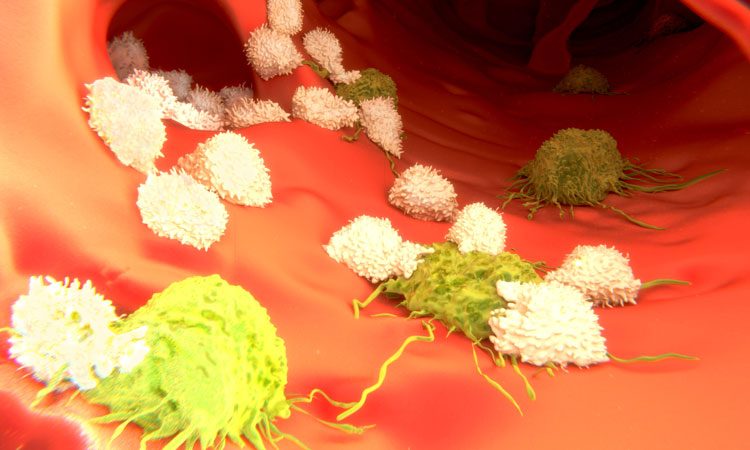 A new study has provided novel evidence on the capability of the immune system to eliminate large parasite-filled cysts associated with chronic Toxoplasma gondii (T. gondii) infection by utilising the aggressive invader activity of cytotoxic T cells. The findings indicate these T cells may also prove effective for attacking other sizable targets including solid cancers.

“The present study provided clear evidence that the immune system has the capability to attack and eliminate the tissue cysts of T. gondii,” said lead investigator Dr Yasuhiro Suzuki, of the Department of Microbiology, Immunology and Molecular Genetics, University of Kentucky College of Medicine. “This sheds light on the possibility of developing a vaccine to activate these invasive cytotoxic T cells to prevent the establishment of chronic infection with this parasite. This vaccine may also be applied to individuals chronically infected with T. gondii to eradicate existing tissue cysts of the parasite and cure this widespread chronic infection.

“This study also suggests the possibility of developing a new cancer immunotherapy that can be used to eliminate various types of solid cancers by activating the invasive cytotoxic T cells that specifically attack and penetrate into the target cancers.”

The scientists investigated the effects of an injection of CD8+ immune T cells purified from the spleens of chronically infected mice, into mice that had ingested multiple T. gondiicysts. A few days after the T-cell injection, numbers of T. gondii cysts fully invaded by the T cells were found in the brains of the mice that received the injection of the immune T cells.

The T-cell-invaded cysts displayed structural signs of deterioration and destruction and granular structures appeared intensely positive for granzyme B, a major cytotoxic protein secreted by cytotoxic T cells. These granular structures were detected in association with T. gondii bradyzoites.

Furthermore, the bradyzoites within the destroyed cysts were located within accumulated scavenger cells, including microglia and macrophages. The investigators also showed that perforin was necessary for the CD8+ T-cell invasion and cyst elimination process.

“The invasion of the T cells into tumours could induce an infiltration of large numbers of phagocytic cells capable of attacking the cancer cells as was observed against T. gondii cysts,” added Dr. Suzuki. “An effective activation of the penetrating capability of cytotoxic T cells, which specifically recognise the target solid cancers, will most likely become a powerful therapeutic approach applicable to various types of solid cancers.”

The study can be found in The American Journal of Pathology, published by Elsevier.

University of Kentucky College of Medicine