Libraries of more than 9,000 macrocyclic molecules below 1 KDa have been generated, small enough to cross cell membranes and reach targets. 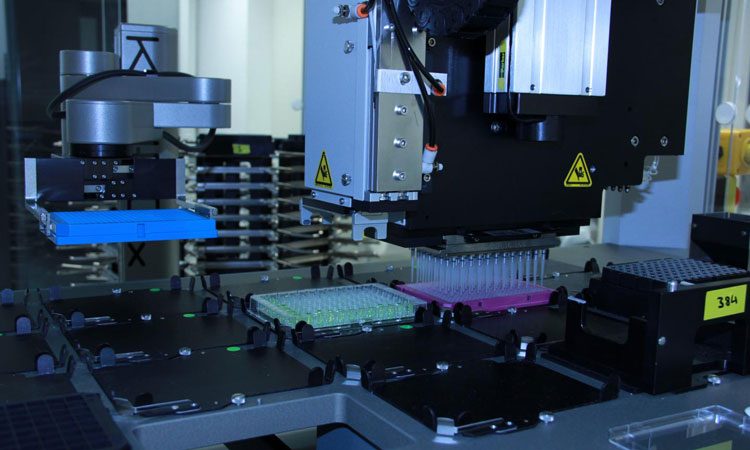 Scientists at École polytechnique fédérale de Lausanne (EPFL) have found a way to generate libraries of more than 9,000 macrocyclic molecules below 1 KDa. These all have high structural diversity and are small enough to cross the cell membrane to reach intracellular disease targets, eg, proteins or even genes in the cell. “Initially, what we wanted to do is generate orally available or cell-permeable macrocyclic drugs,” says Professor Christian Heinis, whose lab led the study.

Macrocyclic compounds, which are ring-shaped molecules made by connecting two ends of linear molecules, show a great ability to bind difficult targets that have flat, featureless surfaces.

The macrocyclic molecule libraries were generated by ‘cyclising’ short linear peptides in combination with diverse linker reagents, which promote chemical bonding. The yields of the macrocyclisation reactions turned out to be so efficient that there was no need for purification.

The new method also led to the discovery of very efficient macrocyclisation reactions based on the ligation of thiol and amino groups of short peptides.

Screening identified binders of different disease targets, including inhibitors of thrombin, is an important target of coagulation disorders. An X-ray structure analysis of a thrombin inhibitor by partners in Italy showed a fit of the macrocycle to its target.

Heinis’s lab is now further developing the macrocycle synthesis approach in order to screen even larger combinatorial libraries. The next step is to generate macrocyclic inhibitors of intracellular protein-protein interactions, for which there are currently no good inhibitors.