Scientists have unravelled a key process in the bacterium that causes TB, potentially paving the way for new antibiotics to fight the disease… 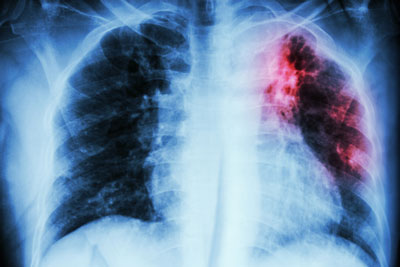 Scientists at the University of Sussex have unravelled a key process in the bacterium that causes tuberculosis (TB), potentially paving the way for new antibiotics to fight the disease.

TB is one of the world’s top infectious killers, causing 1.5 million deaths every year. The TB bacterium Mycobacterium tuberculosis (Mtb) is estimated to be present in up to a third of the world’s population, although active TB only develops in around one in 10 cases.

While TB is curable, antibiotic resistance is on the rise and so a major challenge for scientists is to continually develop new drugs to treat the disease.

Now an international effort involving scientists at Sussex and the Rockefeller University in New York has revealed that the key process in Mtb cells of reading the information contained in DNA differs from that in most other bacteria.

The process is called transcription and is conducted by an enzyme, called RNA polymerase, which uses a protein called sigma to bind with parts of the DNA. But researchers have now observed for the first time how, in Mtb, a second protein, called RbpA, helps in this process by binding to different parts of the DNA.

Lead researcher, Dr Mark Paget, said, “Up until recently, we’ve always thought that RNA polymerase, whether it’s in one bacterium or another, is pretty much identical. We now know that Mtb uses this additional protein and exactly what role it plays in transcription”.

RNA polymerase is one of the few proven targets for antibiotics in this organism, so this new finding should help in the testing of potential new drugs that inhibit RNA polymerase under laboratory conditions. This speeds up the drug discovery process by allowing scientists to quickly rule out treatments that do not work.

The study findings are published in the Proceedings of the National Academy of Sciences.