A new study has shown the specific cellular mechanisms that limit the ability of CD8 T cells to infiltrate the tumour microenvironment, which could guide new immunotherapeutic strategies in cancer. 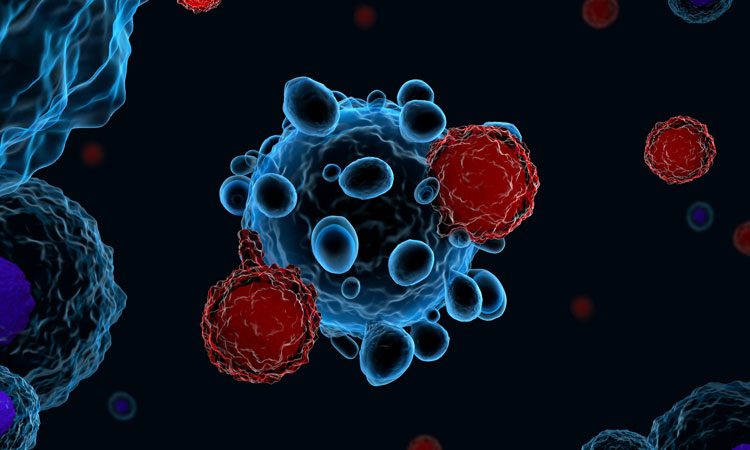 A discovery that helps scientists understand why some tumours lack immune cell infiltration and are therefore unresponsive to newer PD-1 targeted therapies has been reported. The researchers say their findings could be used to improve immunotherapies.

The discovery was made by researchers from The Ohio State University Comprehensive Cancer Center, US.

PD-1 is a checkpoint protein on T cells, which acts as an ‘off switch’ that helps keep T cells from attacking other cells. PD-1 inhibitors are part of the monoclonal antibody (mAb) class of drugs that are used to selectively block this protein and boost immune response to attack cancer cells.

Previously reported data has shown that a primary reason some cancer patients do not respond to the PD-1 therapy is the inability of the fighter T cells (known as CD8 T cells) to invade the tumour microenvironment, a state also known as ‘cold tumours’.

In this new study, the researchers have shown the specific cellular mechanisms that limit the ability of CD8 T cells to infiltrate the tumour microenvironment. They show that hedgehog signalling shut down chemokine secretion by tumour-associated macrophages – which is critical to CD8 T-cell infiltration.

By blocking the hedgehog pathway, the researchers were able to reverse the process and promote CD8 T-cell infiltration into the tumour microenvironment.

“Our data shows that hedgehog inhibitors given in combination with a PD-1 blockade were more effective in killing cancer cells than a single agent alone in pre-clinical models of both liver and lung cancer,” said Yiping Yang, MD, PhD, director of the Division of Hematology at Ohio State. “This is an important discovery with the potential to significantly enhance the efficacy of PD-1 therapy and guide new immunotherapeutic strategies in cancer.”

The study was published in the Journal of Clinical Investigation.