Common signalling pathway across cancer and diabetes discovered by researchers

Researchers have found that the TRAP-alpha insulin biosynthesis pathway is essential in both cancer and diabetes, with a common primordial ancestor discovered in C. elegans. 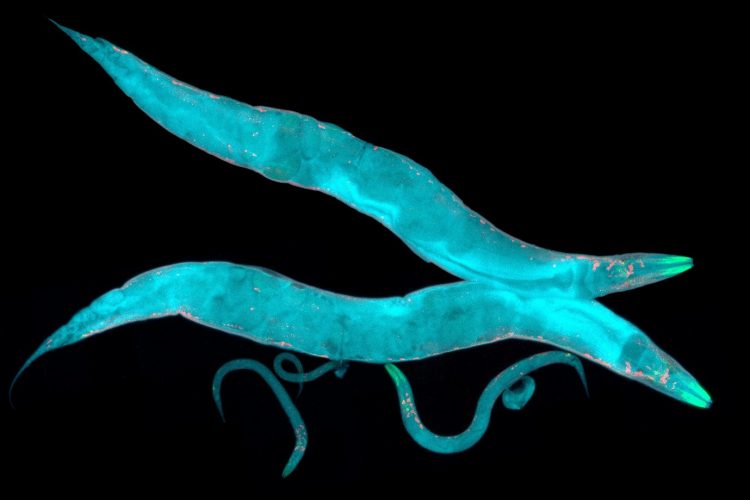 Dr Patrick Hu, associate professor of medicine at Vanderbilt University Medical Center, US, has discovered that TRAP-alpha, a protein which modulates a signalling pathway often targeted by cancer therapies, is also required for insulin biogenesis and could lead to new therapeutic pathways for the conditions.

Hu and his colleagues showed that a protein controlling the PI3K/Akt pathway, which is targeted by more than 40 anti-cancer drugs, is essential for the synthesis, processing and secretion of insulin. The discovery was made using the Caenorhabditis elegans (C. elegans) model system nematode worm.

“We approached our work on the PI3K/Akt pathway from a cancer perspective, but this is a primordial pathway,” Hu said. “It is equally relevant to diabetes and cancer. Understanding how this pathway is regulated could lead to new strategies to treat both diseases.”

He explained that an insulin-like growth factor signalling network is implicated in cancer, similarly to insulin signalling in diabetes. Furthermore, C. elegans has a primordial pathway that likely gave rise to both pathways in humans. In this way, Hu said, C. elegans is a useful model.

“Both networks involve PI3K/Akt in humans and we were looking for new components of this pathway,” Hu said.

The researchers used a forward genetic approach, screening C. elegans for altered components of the pathway during abnormal insulin signalling. They landed on TRAP-alpha, a highly conserved protein across worms, flies and mammalian systems, including humans.

TRAP-alpha sits on the cell endoplasmic reticulum (ER) where it helps to fold proteins that are later secreted. When the worm equivalent of TRAP-alpha is deleted, ER stress is activated, according to the researchers.

Given that some people with type 2 diabetes have common genetic variants in the TRAP-alpha gene, Hu moved the experiments to pancreatic beta cells. This deletion resulted in a 90 percent reduction in total insulin content inside the cells. Most parent molecules of insulin were degraded and those that escaped degradation accumulated inside beta cells, never progressing through the ER to be processed into insulin and secreted. Therefore, without TRAP-alpha, insulin biogenesis is drastically impaired.

“TRAP-alpha is the first situation where we’ve identified a mutant in the worm and then were able to move it into mammalian cell culture to show it affects a disease phenotype,” explained Hu.

“We’re moving toward the role of TRAP-alpha in maintaining protein homeostasis,” said Hu. “Maintaining proper protein folding in the ER is certainly important for cellular health and it likely contributes to human health in general.”

Beyond diabetes, many other diseases are associated with abnormal protein folding responses and imbalances, including neurodegenerative diseases such as Alzheimer’s disease.

“It’s likely other secreted molecules besides insulin might be affected by TRAP-alpha deletion,” Hu suggested. “If we can understand the broader role that TRAP-alpha is playing in maintaining protein homeostasis, we might develop new ways to approach other diseases, too.”