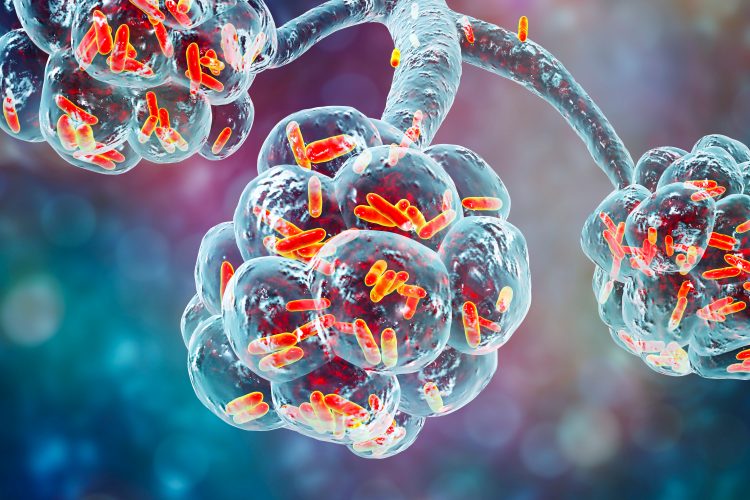 A study published in PNAS has shown that activity of a key regulator gene of the internal body clock, BMAL1, may increase susceptibility of patients to pneumonia through cytoskeletal alterations in macrophages. The research suggests that modifying patient sleep-wake cycles may enhance the immune system and provide a possible therapy against bacterial infection.

“We’ve previously found that the mice were worse at fighting off the pneumococcal bacteria that cause pneumonia when they got infected during the day, compared to infection at night. But we had no idea how this was happening,” explained Professor David Ray, study leader and Professor at the University of Oxford, UK.

Dr Gareth Kitchen, a researcher at the University of Manchester, UK, genetically engineered mice so that they did not have the BMAL1 gene to investigate the effect on their immune systems.

“We were really surprised to find that these mice, which had no clock in a set of immune cells, were more resistant to bacterial pneumonia,” said Professor Ray. “Almost everything we’ve learnt about the body clock so far, whether it’s studies in shift workers or experiments in mice, says that disrupting the body clock makes people and animals more likely to get ill, not less.”

To uncover how this resistance worked, they deleted BMAL1 from macrophages. The deletion caused increased mobility and engulfing activity in macrophages through a change in their actin cytoskeleton, resulting in reduced rigidity. Deletion of alternative body clock genes in macrophages did not cause this enhancement of macrophage activity, so the researchers concluded BMAL1 alone can cause this change.

…these mice, which had no clock in a set of immune cells, were more resistant to bacterial pneumonia”

“As we enter an era of bacterial resistance to antibiotics, it is becoming more and more important to understand how our innate immunity works,” said Professor Ray. “We might be able to use some of the drugs currently being tested to change the body clock to supercharge macrophages, but our body clocks are also affected by things like when we sleep and eat.”

Dr Kitchen concluded: “In the future, doctors may change the time that vulnerable patients are offered meals or go to sleep, so that the patients’ body clocks boost rather than hinder their innate immunity when they most likely to be exposed to infection.”

The researchers say their studies into how to make immune cells more effective against infection continue.