Blimp-1 identified as driver of T-cell activity against cancer

A study has shown that T cells are driven to attack tumours by IL-2 and Blimp-1 in mice, which researchers say could form the basis of cancer therapies. 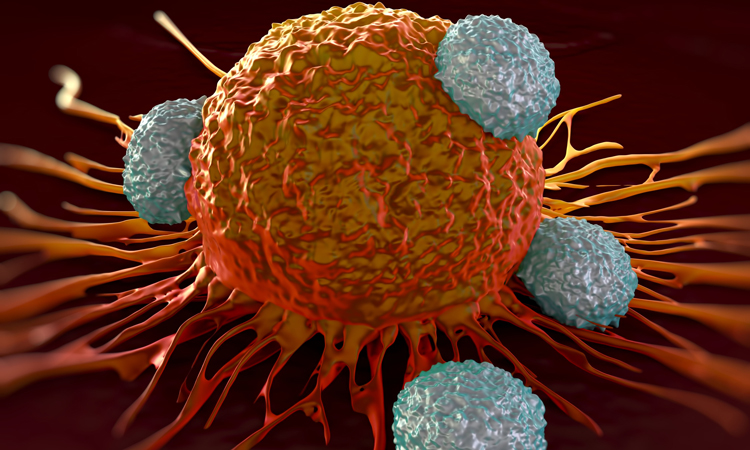 Researchers have discovered how a subset of immune cells are activated to kill cancerous cells in mice. According to the scientists, their finding could lead to powerful new therapies against cancer, using growth factor IL-2 and transcription factor Blimp-1.

The research was conducted at University College London (UCL), UK and built upon a previous study from the UCL Cancer Institute which found that following immunotherapy, some CD4+ T cells, traditionally thought to be regulators of immune cells, become cytotoxic and directly engage with and kill cancer cells.

In the current study, the researchers examined the molecular and cellular mechanisms driving this activity. They found that IL-2 for T cells and Blimp-1 are responsible for initiating potent killer activity in CD4+ T cells within cancerous tumours.

Co-lead author, Professor Sergio Quezada, said: “We knew these immune cells had the ability to proactively kill cancer cells with incredible potency, but to maximise their potential, we needed to know how this mechanism was activated. Our discovery provides the evidence and rationale for utilising Blimp-1 to maximise the anti-tumour activity of CD4+ T cells.”

According to Quezada, work is now underway in his lab to develop new personalised cell therapies where the activity of Blimp-1 can be increased, to drive potent tumour control.

Co-lead author, Professor Karl Peggs, said: “Cellular therapies have only recently entered the mainstream in terms of clinical application. Much remains unknown regarding how best to optimise these therapies, particularly to enable better activity in solid organ cancers. Our findings broaden our understanding of the regulators of T-cell differentiation, illuminating new elements that might be targeted to enhance therapeutic efficacy.”

The study was published in Immunity.