A study has shown that the sensor of a DNA sensing pathway, DNA-PK, could act as an antiviral against tumours. 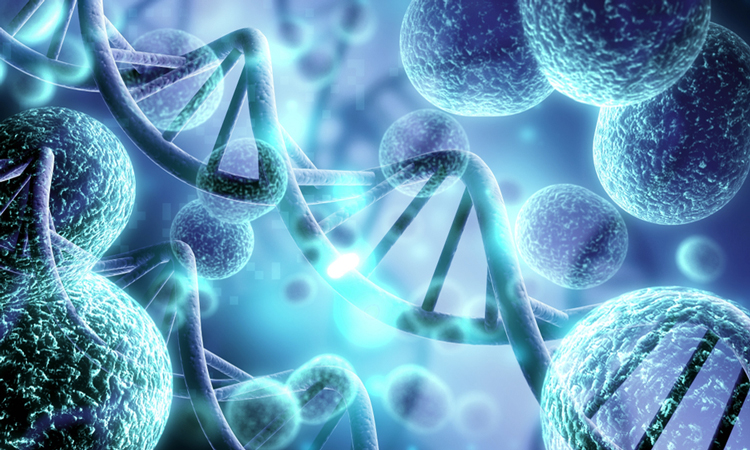 Researchers have found a new DNA sensing pathway in human cells that acts independently of the well-known DNA sensor, the protein STING, to defend against viruses. According to the team, their findings could have implications for autoimmune disease and cancer therapeutics.

Previous studies have shown that DNA sensors initiate innate immune responses upon recognition of foreign or host DNA within or among cells. This detection mechanism is critical for triggering antiviral responses but can also lead to autoimmunity if acting in response to host DNA. However, whether there are additional DNA sensing pathways has remained unclear, until now.

Conducted at the University of Washington School of Medicine, US, the new study investigated a human cell line called HEK 293 cells, immortalised by the E1A oncogene of human adenovirus 5. The researchers unexpectedly found that E1A blocked not only the cGAS-STING pathway, but also a second DNA sensing pathway that was functional even in STING-deficient cells.

This DNA sensing pathway and the sensor of this pathway, the protein DNA-PK, drive a robust and broad antiviral response against herpes simplex virus 1, independent of STING. The researchers also found that removing STING out of the cells still preserved antiviral responses due to DNA-PK.

Speaking to Drug Target Review, Associate Professor of Immunology at the University of Washington, Dr Daniel Stetson said: “We are interested in three implications of the existence of this pathway. First, we wonder whether cGAS inhibitors, which are of great interest in the biotech community as potential treatments for specific autoimmune diseases, might not be fully effective unless paired with DNA-PK inhibitors to block both DNA sensing pathways in human cells.

“Second, we propose that synthetic activators of DNA-PK-dependent antiviral immunity might be useful to trigger inflammation in tumours and as vaccine adjuvants. Third, we are intrigued that DNA-PK, a well-known DNA damage sensor, has two ‘modalities’, depending on how it is activated: DNA damage activates the repair modality of DNA-PK, whereas foreign DNA triggers the antiviral modality of DNA-PK. If we can learn how the same sensor can trigger these two different outcomes, we might be able to harness this for therapeutic benefit.”

Stetson concluded that if the repair modality of DNA-PK can be reprogrammed towards antiviral modality using a targeted therapeutic, the standard of care cancer treatments of radiation and chemotherapy could be converted into potent triggers of inflammation in tumours.

University of Washington School of Medicine