Research into the M2 proton channel of influenza B has revealed its structure, which the team hope can aid in the development of targeted therapeutics to block the channel and treat the condition. 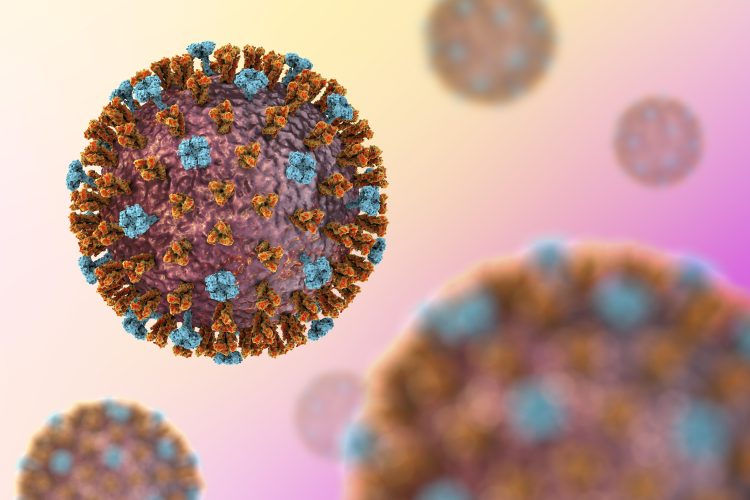 Researchers have uncovered the structure of the M2 protein proton channel for influenza B viral particles (BM2). The M2 channel controls the acidity of the virus, allowing it to release its genetic material inside infected cells.

The team hopes that now its precise structure is known, targeted BM2 channel blockers could be developed to treat influenza B.

Now the structure of both the open and closed states of the BM2 channel is known, researchers can attempt to inhibit it”

In the study, published in Nature Structural and Molecular Biology, researchers embedded BM2 in a lipid bilayer and then used nuclear magnetic resonance (NMR) spectroscopy to analyse the structure of the BM2 proton channel both in its closed and open states. The team used a technique developed by the senior author, which provided information about the orientation and distances between atoms of the protein.

The BM2 pore is formed of four helices running parallel through the lipid envelope of the virus allowing protons to enter and exit the virus. The channel is opened and closed dependent on pH: high pH results in a tilt of 14 degrees on the helices, closing the pore; when pH is low, the tilt increases to 20 degrees and the channel opens, allowing water to enter the channel.

Previous studies of the influenza A M2 channel (AM2) demonstrated that a histidine residue at the top of the channel harvests protons from water entering the top half of the channel (from outside the cell) and passes them to water molecules in the lower half (facing into the virus). These water molecules then deliver protons directly into the virus. However, the BM2 channel has a histidine in the virus facing end of the pore as well, the researchers concluded this may allow protons to travel in both directions through this channel.

“If you can block this proton channel, you have a way to inhibit influenza infection,” says Mei Hong, an MIT professor of chemistry and senior author of the study. “Having the atomic-resolution structure for this protein is exactly what medicinal chemists and pharmaceutical scientists need to start designing small molecules that can block it.”

Now the structure of both the open and closed states of the BM2 channel is known, researchers can attempt to inhibit it. Amantadine and rimantadine are two drugs which treat influenza A by targeting the AM2 channel; however, novel drugs will need to be developed, as these show no effect against influenza B, say the researchers.